Mark Mothersbaugh net worth: Mark Mothersbaugh is an American musician, composer and artist who has a net worth of $5 million. Born in Akron, Ohio on May 18, 1950, Mothersbaugh is known for being the co-founder of the popular New-Wave band, Devo. He has been active in the entertainment industry since 1972 when he became the lead singer of the band.

Areas of expertise include vocals, synthesizer, guitar, keyboards, minimoog, mellotron, and the omnichord. He is known for composing music for several television shows, movies and video games. He attended Kent State University for art and went on to compose music for popular animated series such as Rugrats, on which the character "Chuckie Finster" was modeled after him. Mothersbaugh has also composed for several Wes Anderson films including The Royal Tenenbaums, The Life Aquatic With Steve Zissou, Rushmore, and Bottle Rocket. He currently writes music for the Cartoon Network series, Regular Show, and hosts a segment on Yo Gabba Gabba! He received the Richard Kirk Award in 2004 at the BMI Film and TV Awards, and he received an honorary doctorate in 2008 from Kent State University. 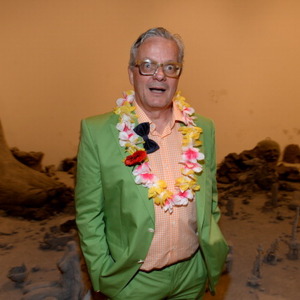