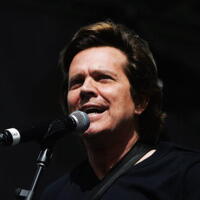 Mark Holden Net Worth: Mark Holden is an Australian singer, actor, and television personality who has a net worth of $10 million. Mark Holden was born in Adelaide, Australia in April 1954. As an actor he first appeared in the TV series The Sentinel and the TV movie Gone in a Heartbeat in 1996. Holden starred in the films Misbegotten, Grave Decisions, Y2K, Final Destination, Epicenter, Camouflage, Mindstorm, The Stickup, Bang Bang You're Dead, Knife Edge, World War Z, Stalled, and Captain Phillips. Holden was one of the three original judges on the reality television series Australian Idol and also on the first series of The X-Factor. He was a pop singer in the 1970s with hit songs like "Never Gonna Fall in Love Again". As a songwriter he had top 10 hits for the Temptations on Motown with "Lady Soul" and "Look What You Started". He also wrote for Joey Lawrence, Belinda Carlisle, The Manhattans, Donny Osmond, Fleetwood Mac, Jose Feliciano, David Hasselhoff, and Branford Marsalis. His family group The Holdens released the album A Tribute to Tex Morton. Holden also had top 20 hits with "I Wanna Make You My Lady", "Last Romance", and "Reach Out for the One Who Loves You".