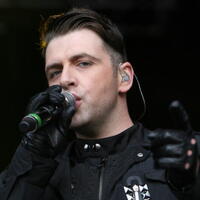 Mark Feehily net worth: Mark Feehily is an Irish singer and songwriter who has a net worth of $16 million. He is best known for being one of the lead singers of the vocal group Westlife.

Mark Feehily was born in Sligo, Ireland in May 1980. He is the highest charting LGBT performer and Irish LGBT performer on the UK Singles Chart. Mark Feehily released his debut solo album Fire in 2015 which reached #2 in Ireland and the album Christmas in 2017. Westlife formed in 1998 with Feehily as its youngest member. They released their self-titled debut studio album in 1999 which reached #1 in Ireland, Australia, and Scotland and #2 in the UK. The group's albums Coast to Coast in 2000, World of Our Own in 2001, Turnaround in 2003, Face to Face in 2005, Back Home in 2007, and Spectrum in 2019 all reached #1 in Ireland, Scotland, and the UK. They have had many #1 singles including "Swear It Again", "If I Let You Go", "Flying Without Wings", "My Love", "Uptown Girl", and more.