Mario Winans net worth: Mario Winans is an American R&B producer, singer, songwriter, and musician who has a net worth of $2 million. Mario Winans was born in Orangeburg, South Carolina in August 1974. He released his debut studio album Story of My Heart in 1997. Winans released the album Hurt No More in 2004 which reached #1 on the US R&B chart and #2 on the Billboard 200 chart.

His single "I Don't Wanna Know" (featuring Enya and P. Diddy" reached #2 on the Billboard Hot 100 and US R&B charts and #1 in the UK. Mario is the son of gospel artist Vickie Winans. He was featured on the single "Best Friends" by Puff Daddy which reached #2 in the UK and #3 on the US R&B chart. Winans was also featured on the single "I Need a Girl (Part Two)" by P. Diddy featuring Loon which reached #1 on the US Rhythm chart, #2 on the US Rap and US $&B charts, and #4 on the Billboard 200 and in the UK. Winans won a Grammy Award in 2006 for Best Gospel Performance as writer/producer for "Pray" by CeCe Winans. 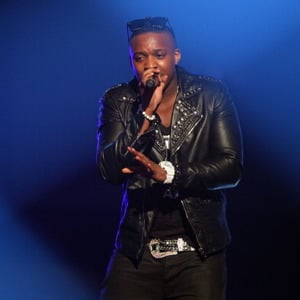