Mario Quintero Net Worth: Mario Quintero is a popular and controversial Mexican songwriter who has a net worth of $10 million. Mario Quintero was born into a musical family and raised in a rural area of Sinaloa, a western Mexican state known for its prominent role in the international drug trade.

Mario Quintero rose to fame in the mid-'90s as the leader of the highly successful norteño band los Tucanes de Tijuana. Quintero's greatest strength is known to be writing narco-corrido-drug ballads-a modern-day format which glamorizes smugglers and drug lords in much the same way that traditional corridos chronicle generals, bandits and other frontier heroes who dare to rebel against authority. Narco-corridos has been around for several decades, but Quintero's contained some of the most explicit drug references that had ever been embedded in to a record album, his storytelling recounting adventures of druggies and their codes of honor and even celebrating the pleasures of the drugs themselves. In spite of the public's dismay over the moral content of Quintero's songs, and an unofficial airplay ban in Mexico for the more controversial of his writings, los Tucanes de Tijuana became one of the best-selling norteño group of the late '90s. That's not to say that Quintero wrote only drug-related songs; he also wrote love ballads and dance songs, which did help broaden los Tucanes' appeal-in particular the smash dance hits La Chona and El Tucanazo. More controversy arose when a 1997 magazine article emerged which suggested that the band los Tucanes de Tijuana was the favorite of the Arellano Felix brothers, Sinaloa's most notorious 'alleged' drug kingpins. Quintero took it in stride and continued doing what his audiences loved, and in 1998 he won a Songwriter of the Year award in his home country. Two years later, he shared a BMI award for Latin music's Songwriter of the Year with several other hit-makers. 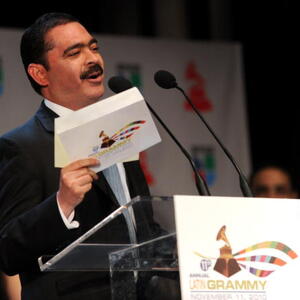