Marilyn McCoo net worth: Marilyn McCoo is an American singer, actress, and television personality who has a net worth of $8 million. Marilyn McCoo was born in Jersey City, New Jersey in September 1943. She is best known for being the female lead vocalist of the band The 5th Dimension and was also the host of the music countdown series Solid Gold.

The 5th Dimension formed in 1966 and released several albums including The Age of Aquarius in 1979 which reached #2 on both the Billboard 200 and US R&B charts. They had #1 singles with the songs "Medley: Aquarius/Let the Sunshine In (The Flesh Failures)", "Wedding Bell Blues", "One Less Bell to Answer", "Never My Love", and "If I Could Reach You". As an actress Marilyn McCoo starred in the movie My Mom's a Werewolf. She hosted Solid Gold from 1981 to 1984 and from 1986 to 1988. The 5th Dimension song "Up, Up and Away" won four Grammy Awards in 1968. Marilyn married 5th Dimension bandmate Billy Davis Jr. in 1969. 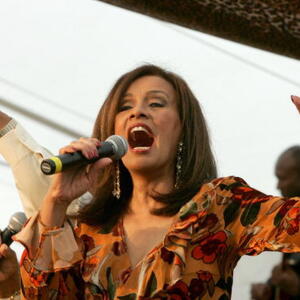