Marianne Faithfull net worth: Marianne Faithfull is a British singer, songwriter, and actress who has a net worth of $15 million dollars. Marianne Faithfull was born in Hempstead, London, England, and grew up poor. She had multiple bouts of tuberculosis, and was first introduced to performing while attending St. Joseph's Convent School. She began performing folk music around town at coffeehouses in the mid-60s. She caught the attention of Andrew Loog Oldham at a Rolling Stones launch party, and Mick Jagger, Keith Richards, and Oldham wrote her first single, "As Tears Go By". It became the first of many chart successes. She saw great success throughout the 70s, but addiction issues started to take their toll. She made a comeback in the mid-80s, and then again in the early 90s. Marianne provided vocals on the 1997 Metallica song "The Memory Remains". She also appears in the song's music video. Since then, she has continued to release critically acclaimed albums. In 2014, she released the album Give My Love to London and in 2016 she released a live album titled No Exit. 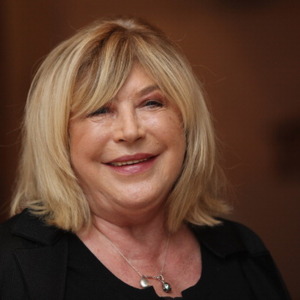