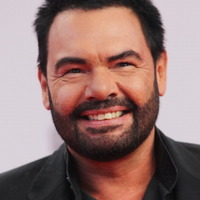 Marian Gold net worth: Marian Gold is a German singer and songwriter who has a net worth of $10 million. Marian Gold was born in Herford, West Germany in May 1954. He is the lead singer of the group Alphaville. The band formed in 1982 and released their debut studio album Forever Young in 1984 which reached #1 in Sweden and Norway. Alphaville also released the albums Afternoons in Utopia in 1986, The Breathtaking Blue in 1989, Prostitute in 1994, Salvation in 1997, Catching Rays on a Giant in 2010, and Strange Attractor in 2017. Their first single "Big in Japan" reached #1 in Germany, Sweden, Brazil, and on the US Hot Dance chart. Their other successful singles include "Sounds Like a Melody", "Forever Young", and "Dance with Me". Marian Gold released his debut solo album So Long Celeste in 1992 and the follow-up album United in 1996. Before Alphaville he was in the band Chinchilla Green.