Marcus Mumford net worth: Marcus Mumford is an English musician who has a net worth of $10 million dollars. Marcus Mumford was born in Anaheim, California to British parents, and grew up in London, England. He went on to study at the University of Edinburgh, but subsequently chose to drop out in order to focus on his music career.

He began writing music while in Edinburgh, and continued to refine his work while touring as the drummer for Laura Marling. In 2007, he founded the band, Mumford & Sons, made up of many of the musicians he worked with while on tour. Mumford & Sons has gone on to become one of the most successful bands of recent years, both critically and commercially. Marcus Mumford was chosen for Forbes' "30 Under 30" list in 2012, due to his success with the band. He is the primary songwriter for the group, and wrote the majority of their debut album during his brief time at the University of Edinburgh. Marcus has been married to English actress Carey Mulligan since 2012. 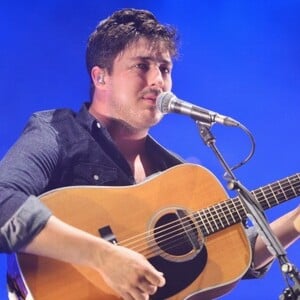