Marc Almond net worth: Marc Almond is an English singer-songwriter and musician who has a net worth of $20 million. Marc Almond was born in Southport, England in 1956. He was one half of the synthpop and new wave duo Soft Cell and has also had a successful solo career. Soft Cell released their debut studio album Non-Stop Erotic Cabaret in 1981 which reached #5 in the UK and #22 in the US. The duo also released the albums Non Stop Ecstatic Dancing in 1982, The Art of Falling Apart in 1983, The Last Night in Sodom in 1984, and Cruelty Without Beauty in 2002. The group's single "Tainted Love" reached #1 in the UK, Australia, Germany, France, Belgium, and the US. As a solo artist Almond has released 18 studio albums including The Stars We Are in 1988 which reached the Top 10 in Switzerland and Germany. His single "Something's Gotten Hold of My Heart" (featuring Gene Pitney) reached #1 in the UK, Switzerland, Germany, and Ireland. He has sold more than 30 million records worldwide and also released two albums with the group Marc and the Mambas. 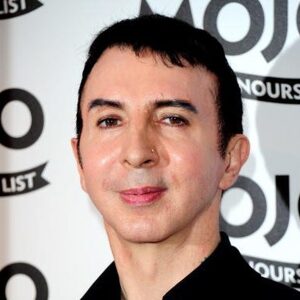