Manu Chao Net Worth: Manu Chao is a Spanish and French singer who has a net worth of $8 million. Manu Chao was born Jose-Manuel Thomas Arthur Chao Ortega in Paris, France in June 1961. Manu joined the rockabilly group Hot Pants in the 1980s. In 1987 he joined the band Mano Negra with his brother Antoine Chao.

The band signed with Virgin Records and released the album Patchanka. He then became part of the band Radio Bemba Sound System. Chau's debut studio album Clandestino was released in 1998. The album was certified Gold and sold 500,000 copies in the United States and a million worldwide. The album peaked at #1 in France. His next album Proxima Estacion: Esperanza was released in 2001. It was certified Platinum selling 1.5 million copies worldwide and reaching #1 in England and Italy. Chao's third album Siberie m'etait conteee was released in 2004. It sold over a million copies worldwide and was certified Platinum. His fourth album La Radiolina was released in 2007. It was certified Gold and hit #1 on the U.S. Latin charts and in Spain. His most popular singles include "Bongo Bongo", and "Me Gustas Tu". Chao sings in English, Spanish, French, Italian, Arabic, Portuguese, and Galician. Manu won a Best World Music Album Award in 1999. 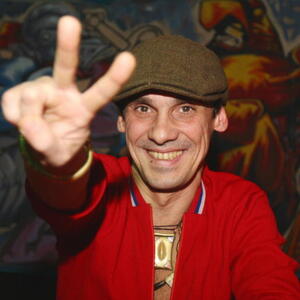