Majida el Roumi net worth: Majida el Roumi is a Lebanese singer, actress, and lyricist who has a net worth of $28 million. Majida el Roumi was born in Tyre, Lebanon in December 1956. She also serves as a UN Goodwill Ambassador. Majida el Roumi became famous on the talent show Studio El Fan in 1974 and performed songs for Layla Murad and Asmahan at the age of 16 years old.

She released her debut studio album The Farewell in 1977 and her latest album The Light of Light was released in 2013. She is a soprano who sings classical, opera, and Arabic music. Majida el Roumi has also been featured in several films. She has received many honors in countries such as Tunisia, Lebanon, France, Algeria, Egypt, Jordan, Ivory Coast, Syria, Belize, and Morocco. 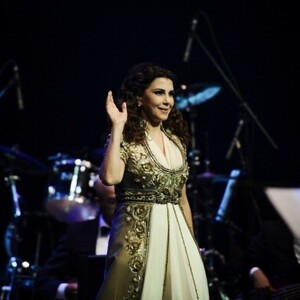