Maggie Rogers net worth: Maggie Rogers is an American singer-songwriter and record producer who has a net worth of $3 million. She is perhaps best known for being nominated for a Grammy Award for Best New Artist in 2020.

Maggie Rogers was born in Easton, Maryland in April 1994. Her musical styles include pop, art pop, and folk pop and she plays the banjo, guitar, piano, and harp. She got her break when her song "Alaska" was played for Pharrell Williams at a master class at New York University's Clive Davis Institute of Recorded Music. Maggie Rogers released her debut studio album Heard It in a Past Life in 2019. The album reached #2 on the Billboard Hot 100 chart and #8 in Australia and #10 in Canada. She released the independent albums The Echo in 2012 and Blood Ballet in 2014. Maggie Rogers also released the extended play Now That the Light in Fading in 2017 which reached #4 on the US Heatseekers chart. Her single "Alaska" reached #18 on the US Rock chart. Rogers' single "Light On" reached #1 on the US AAA chart. She was nominated for Best New Artist at the 2020 Grammy Awards. 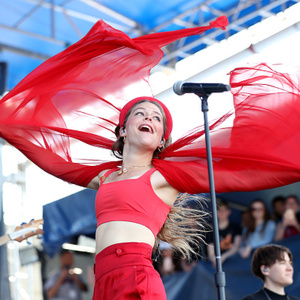