What is Madonna's Net Worth?

Madonna is an American best-selling recording musical artist and entertainer who has a net worth of $850 million. Often cited as an influence by other artists, Madonna is best known for pushing the boundaries with her music, songwriting, visuals and style.

Madonna Louise Ciccone was born in Bay City, Michigan, on August 16, 1958. She eventually moved with her family to Rochester Hills, Michigan, where she took up the study of dance, even earning a dance scholarship to the University of Michigan. She dropped out of college in 1978 and moved to New York City to pursue her dance career. Eventually, after forming and playing with various bands such as "the Breakfast Club" and "Emmy," Madonna began promoting herself as a solo act and signed a deal with Sire Records.

In addition to her musical career, Madonna has also enjoyed a successful career as an actress, even earning a Golden Globe Award for Best Actress for her role in the 1996 film "Evita." Other films she has appeared in include "Desperately Seeking Susan" (1985), "Dick Tracy" (1990), and "A League of Their Own" (1992). She produced and wrote the documentary "I Am Because We Are" (2008), and directed the film "Filth and Wisdom" (2008).

Madonna earned $80,000 for 1985's "Desperately Seeking Susan". The following year she earned $1 million to star opposite her husband at the time, Sean Penn. Earning $1 million in 1986 is the same as earning around $2.3 million in today's dollars. She earned a modest $35,000 for 1990's "Dick Tracy". In 1993 she earned her film career-high salary of $2.5 million PLUS a percentage of gross for "Body of Evidence". She also negotiated to keep her entire wardrobe. In 1996 she earned $1 million for her critically acclaimed work in "Evita".

Madonna also is an astute businesswoman. She founded the entertainment company Maverick in 1992, in a joint venture with Time Warner that paid her an advance of $60 million and 20% of the royalties from the music publishing division. One of the first projects released from her Maverick venture was her coffee table book "Sex" (1992), which sold 1.5 million copes at $50 each its first few days, despite controversy and a strong negative public reaction over the sexual nature of the book's contents. Other book ventures of hers include a contract with Callaway Arts & Entertainment to author five children's books. The first book, "The English Roses," was published in September 2003. In 2004 Warner purchased Madonna's shares of Maverick, and it became a wholly owned subsidiary of Warner Music.

Madonna has also produced four fashion brands. Her first fashion collaboration was with the brand H&M in 2007, and a collaboration with Dolce & Gabbana. Additionally, she established the enterprise MG Icon LLC—a joint venture with her manager Guy Oseary and Iconix Brand Group—which produces her lifestyle and fashion brands "Material Girl" and "Truth or Dare by Madonna." In 2014, she also launched a range of skincare products, MDNA Skin, in Japan, subsequently expanding into Taiwan, Hong Kong and the United States in 2017. During her long career, she has also had numerous brand partnerships and endorsement deals, including one of her earliest ones with Pepsi in January 1989. 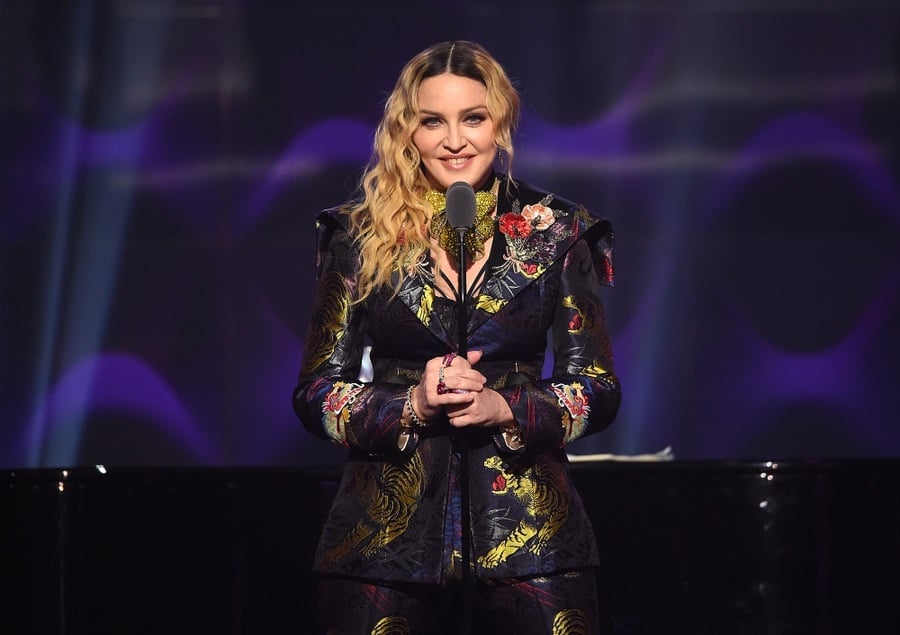 In October 1996, Madonna gave birth to her daughter with fitness trainer Carlos Leon, although their relationship ended in May 1997. She met director Guy Ritchie in 1998, and gave birth to their son in August 2000. In 2006 Madonna had also adopted her son David from Malawi in 2006. Madonna and Ritchie married in December 2000, eventually divorcing in 2008. Their divorce settlement granted Ritchie between £50-60 million ($66.67-80 million), which included the couple's London pub and residence, and Wiltshire estate in England. In February 2017, Madonna adopted twin sisters from Malawi.

Madonna owns a collection of various artworks that is worth a minimum of $100 million, and could be worth several times that amount in the right art market. She owns one of only five paintings created by Frida Kahlo in addition to work from artists such as Picasso, Diego Rivera, Damien Hirst and Marilyn Minter. 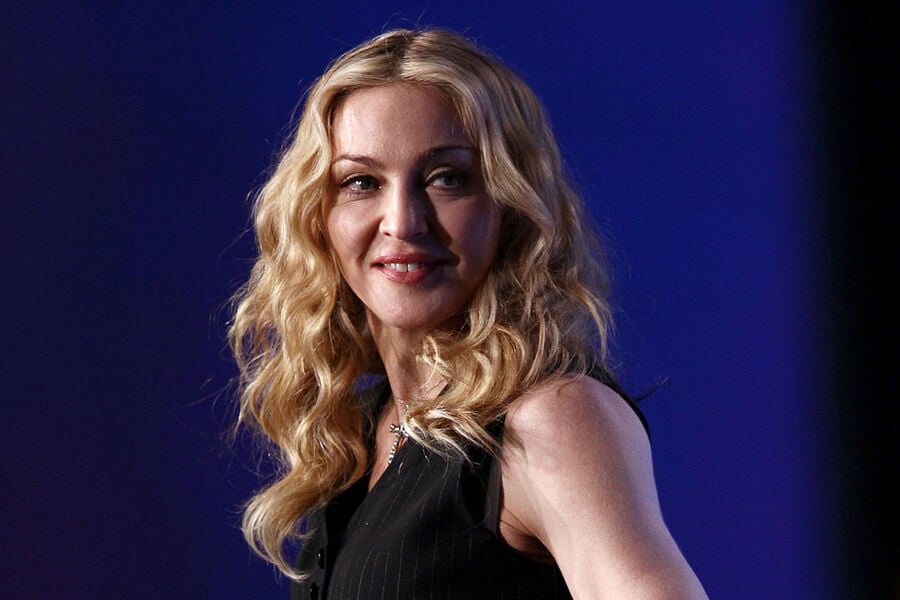 Perhaps not surprisingly, Madonna owns an impressive real estate portfolio that includes homes around the world. She at one point owned SIX properties in London alone. It's not clear how many of those she still owns, it's likely that some were traded to Guy Richie during their divorce.

For several decades Madonna has owned a townhouse located in Manhattan's Upper East Side. The 4 story, 57-foot width Georgian townhouse spans more than 12,000 square feet, with 26-rooms, including 13 bedrooms, 13 bathrooms, 9 fireplaces, 11 foot ceilings, a 38′ by 22′ drawing room featuring south windows overlooking the garden, a library, a Georgian staircase, an elevator, a double-car garage, a 3000 square foot garden with trees, roses, and rhododendrons, and plans in the future for a new rooftop garden.

In September 2017, Madonna paid a little under $9 million for an 18th century mansion on 5.5-acres in Sintra, Portugal. For many years she owned 6,000 square-foot New York City apartment which she sold in 2013 for $16 million. She still owns a smaller unit in that same building, which she bought in 2008 for $7 million. But that's not her only New York City abode! In 2009 she paid $32 million for a 12,000 square-foot townhouse that has a two car garage, NINE fireplaces, a wine cellar and elevator. She also owns a 50-acre equestrian property in Bridgehampton, New York which was purchased in 2010 for $7 million over two transactions.

In 2003, when she was married to Guy Richie, Madonna paid $12 million for an incredible Beverly Hills mansion. The seller was actress Sela Ward and her venture capitalist husband Howard Sherman. Sitting on 1.25 gated acres, the property featured a 17,000 square-foot home with 9-bedrooms, full-size home theater, gym, pool and tennis court. She listed the home for sale in 2012 for $28 million. She then listed it again in 2013 for $22.5 million ultimately hitting a sale later that year for $19.5 million. The buyer was Rockstar energy drink founder Russell Weiner. Amazingly, Russ listed the house in 2018 for a cool $35 million.

In April 2021, Madonna paid $20 million for The Weeknd's mansion in Hidden Hills, California. In April 2022, Madonna listed this home for $26 million:

Is Madonna a Billionaire?

Contrary to a popular rumor, Madonna is not a billionaire. Back in 2013, a little-known Madonna fan blog misinterpreted the fact that her MDNA tour grossed $300 million to mean that Madonna herself was $300 million richer and therefore a billionaire. At the time her net worth was $650 million. First off, even if Madonna did somehow make $300 million, after taxes, she would only be worth $950 million which is not quite a billionaire. But more importantly, the claim that $300 million in gross concert revenue equates to a net $300 million increase in her personal wealth is grossly misinformed. That $300 million number is gross revenue, which means before costs are taken out. Madonna is lucky to take home 10-20% of her tour's profits after all expenses are removed. That would still be a very nice income, but nowhere near $300 million. Unfortunately, many reputable media outlets helped spread this false rumor by snowballing the story as fact across hundreds of websites, magazines and newspapers. The rumor has since been debunked by virtually every reputable wealth tracking media outlet including Forbes, CelebrityNetWorth, Bloomberg and more. 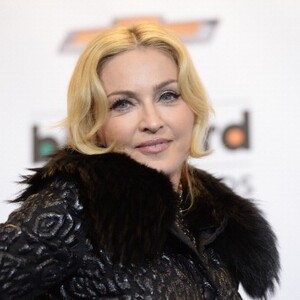