Madeleine Peyroux Net Worth: Madeleine Peyroux is an American singer, songwriter, and musician who has a net worth of $500 thousand dollars. Madeleine Peyroux was born in Athens, Georgia in April 1974. She is a jazz singer and has been compared to Billie Holiday. She started singing at 15 years old and joined the street group Riverboat Shufflers.

When she was 16 she joined The Lost Wandering Blues and Jazz Band and toured Europe. Peyroux's debut studio album Dreamland was released on Atlantic Records in 1996. She spent most of 1997 to 2003 in Paris and played with William Galison. Her second studio album Careless Love was released in 2004 on Rounder Records. The album reached #5 on Australia, #18 in the Netherlands, #7 in the U.K., and #71 in the United States. Her third studio album Half the Perfect World was released in 2006 and charted in Australia, Austria, Belgium, France, Germany, the Netherlands, New Zealand, Spain, Switzerland, the U.K., and the U.S. Her 2009 album Bare Bones also charted in the same countries. Peyroux released Standing on the Rooftop in 2011 and The Blue Room in 2013. 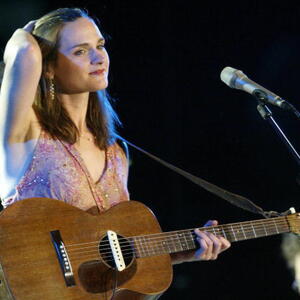