M.I.A. net worth: M.I.A. is a British singer, songwriter, visual artist, and director who has a net worth of $14 million dollars. She is perhaps best known for her breakthrough hit single "Paper Planes" from her second album, 2007's "Kala." M.I.A has gotten widespread critical acclaim for her experimentation with hip hop and electronic fusion, as well as her evocative politically charged lyrics.

Early Life: M.I.A., also known as Mathangi Arulpragasam, was born on July 18, 1875 in Hounslow, London, but grew up in Jaffna, a town in northern Sri Lanka. Her father was very politically active, and due to the war tearing the country apart, her family spent much of their time in hiding while she was young. She rarely saw her father. She eventually moved back to London in 1986 with her mother and younger brother, where they were housed as refugees, and spent her late teenage years there. While living in England, M.I.A's mother began working as a seamstress for the Royal Family and worked there for most of her career. She was accepted to the Central Saint Martins College of Art and Design and graduated in 2000.

Career: She began her professional career with gallery shows, and creating album art and tour videos for the band, Elastica. Touring with Elastica led to a desire to create her own music, and she recorded the songs, "M.I.A.", "Galang", and "Lady Killa" in a shed behind her house. These songs would form the basis of her first album, the hit release, "Arular". M.I.A made her North American live debut in Toronto in February 2005. Many concertgoers already knew her songs. The following month, her debut album "Arular" was released worldwide to critical acclaim. She had made the album in her bedroom in west London. Its lyrics address the Iraq War as well as daily life in London and M.I.A's own past. In July 2005, she was shortlisted for the Mercury Prize for "Arular." It became the second most featured album in music critics' Year End Top 10 lists of 2005 and was named best of the year by several publications, including Blender.

M.I.A enjoyed worldwide recognition with the release of her second studio album, "Kala," named after her mother. Due to visa complications in the U.S., she recorded the album in several different locations including Jamaica, India, Australia, Japan, and the U.K., before finally completing it in the U.S. The album's first official single was "Boyz," released in June 2007. The single "Paper Planes" was released in February 2008 and sold three times platinum in the U.S. and Canada, and also earned a Grammy nod for Record of the Year. To date, "Paper Planes" is XL Recordings' second best selling single. "Kala" was named the best album of 2007 by Rolling Stone and Blender. M.I.A contributed many songs for the score of the film "Slumdog Millionaire." She was nominated for an Academy Award for Best Original Song for "O…Saya." M.I.A.'s third album, "Maya," stylized as /\/\ /\ Y /\ — was released on 23 June 2010 in Japan with bonus tracks before its release in other countries. It is M.I.A's highest charting album globally. 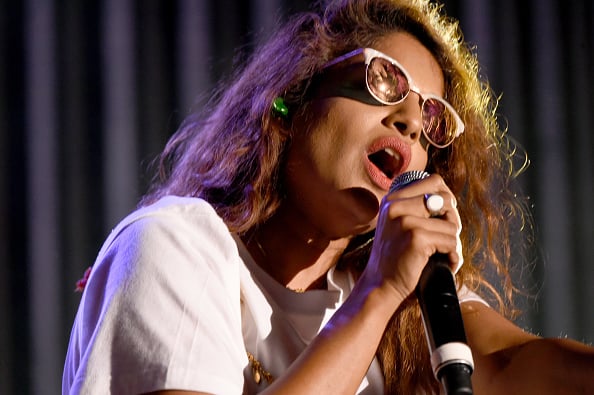 In 2012, M.I.A performed at the Super Bowl Halftime show where she extended her middle finger to the camera during her performance. The NFL responded by filing a lawsuit against her for millions in damages and demanding a public apology the latter to which she did not comply. The lawsuit was settled privately a couple of years later.

January 2012 saw the release of M.I.A's next hugely popular track, "Bad Girls." It was nominated for the Video of the Year at the MTV Music Awards and at the 55th Grammy Awards. It became one of her most successful singles and charted in several countries. Later that year, she released her autobiography, "M.I.A." M.I.A released her fourth studio album "Matangi" on November 5, 2013. It received mostly positive reviews from music critics and peaked at No. 23 on the Billboard 200.

In 2015, M.I.A released "Borders" as her new single on iTunes. "Matangi/Maya/M.I.A," a 90 minutes documentary film chronicling M.I.A.'s rise to fame and political activism surrounding the Sri Lankan Civil War, was released in 2018. In January 2020, she launched a Patreon page to fund new music, stating that her new album was nearly finished. On 22 March 2020, M.I.A. released "OHMNI 202091," her first new song in three years, and suggested that a new record would arrive the same year. The following year, she leaked three new songs: "Zoo Girl," "Elevator," and "Best Day."

Activism and Philanthropy: M.I.A is hugely involved in activist causes and politics. She also supports several charities both publicly and privately. She funded Youth Action International to help youth break out of cycles of violence and poverty in war-torn African communities and set up schools in Liberia. She also supports the Unstoppable Foundation. M.I.A donates to The Pablove Foundation to fund pediatric cancer research and aid families living with cancer.

Personal Life: She met DJ Diplo at the Fabric Club in London in 2003. They were in a relationship for five years. She later said that they had a tumultuous relationship that included emotional abuse from Diplo. M.I.A lived in Brooklyn, New York from 2006 to 2008. She met Benjamin Bronfman in the Bedford-Stuyvesant neighborhood where she resided. They became engaged and M.I.A gave birth to their son Ikhyd Edgar Arular Bronfman on February 13, 2009, three days after she performed at the Grammy Awards and just weeks before she was scheduled to perform her nominated song for "Slumdog Millionaire" at the Academy Awards ceremony. She and Bronfman split in February 2012 after six years together. 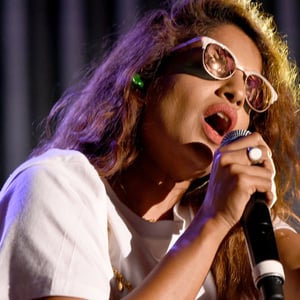