Lyndsey Gunnulfsen net worth: Lyndsey Gunnulfsen is an American singer and musician who has a net worth of $1 million. Lyndsey Gunnulfsen was born in Boston, Massachusetts in March 1994. She is best known for being the lead vocalist and rhythm guitarist for the rock band PVRIS. The band formed in 2012 and was previously known as Operation Guillotine and Paris.

Lyndsey Gunnulfsen is known as Lynn Gunn in the band. PVRIS released their debut studio album White Noise in 2014. The album reached #6 on the US Alternative chart, #55 in the UK and #88 on the Billboard 200. They released the album All We Know of Heaven, All We Need of Hell in 2017 which reached #4 on the US Alternative chart and in the UK as well as #12 in Australia and #41 on the Billboard 200. The band also released the Eps Paris in 2013 and Acoustic in 2014. In 2017 PVRIS won Artist Of The Year at the Rock Sound Awards. Lyndsey Gunnulfsen considers herself a gay role model and is very vocal about equal rights. 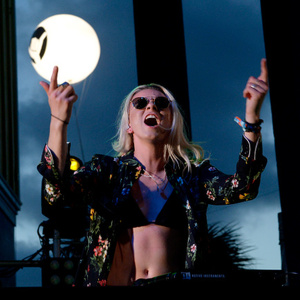