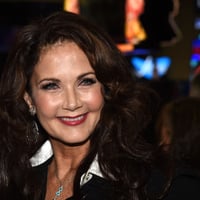 What is Lynda Carter's net worth and Salary?

Lynda Carter is an American actress and singer who has a net worth of $10 million. Lynda Carter was crowned Miss World USA 1972 but she is best known for her starring role in the live-action television show "Wonder Woman," based on the DC comic book. Carter has also appeared in films such as "Super Troopers," "Sky High," and "The Dukes of Hazzard," and in a variety of made-for-television movies including "Hotline," "Daddy," and "Slayer."

Lynda Carter was born in 1951 in Phoenix, Arizona to Colby and Juanita Carter. She is of English and Scots-Irish descent on her father's side, and of Mexican, Spanish, and French descent on her mother's. Carter has a brother, Vincent, and a sister, Pamela. At the age of five, she made her television debut on "Lew King's Talent Show." While in high school, she joined a pair of bands, and played at a lounge in Las Vegas. For college, Carter attended Arizona State University, but dropped out to pursue a music career. After singing on tour with The Garfin Gathering, she left in 1972 to follow an acting career.

Back in Arizona, Carter won a local beauty contest, and subsequently drew national attention by winning Miss World USA 1972. Following this, she took acting classes in New York, and gave her first television performance in an episode of the police drama "Nakia" in 1974. Afterward, Carter made appearances on the shows "Matt Helm," "Starsky and Hutch," and "Cos."

Carter was launched to stardom in 1975, when she was cast as the titular Amazonian superhero on the television series "Wonder Woman." The show ran until 1979, first on ABC and then on CBS. During this time, Carter became sought out by companies for promotional work. In 1977, she signed a modeling contract with Maybelline cosmetics, and in 1979, was in a commercial for Diet 7Up.

After "Wonder Woman" came to an end, Carter was in numerous made-for-television movies. These included the thriller "Hotline"; the biopic "Rita Hayworth: The Love Goddess," in which she portrayed the titular Hollywood actress; the mystery crime thriller "Mike Hammer: Murder Takes All"; and the romantic drama "Daddy." In 1984, Carter starred on the short-lived drama "Partners in Crime"; ten years later, she was the lead of another short-lived program called "Hawkeye." Subsequent television credits include "When Friendship Kills," "A Prayer in the Dark," "Someone to Love Me," "Terror Peak," and "Slayer." Carter has also appeared in episodes of "Law & Order," as well as in episodes of the superhero shows "Smallville" and "Supergirl."

In 1978, Carter released her debut album, "Portrait"; it included both cover songs and three songs cowritten by Carter. Two of the album's songs were performed by Carter in an episode of "Wonder Woman." Her second album, "At Last," was released over 30 years later in 2009, reaching number 10 on Billboard's Jazz Albums Chart. This was followed by "Crazy Little Things" in 2011, and "Red, Rock n' Blues" in 2018. 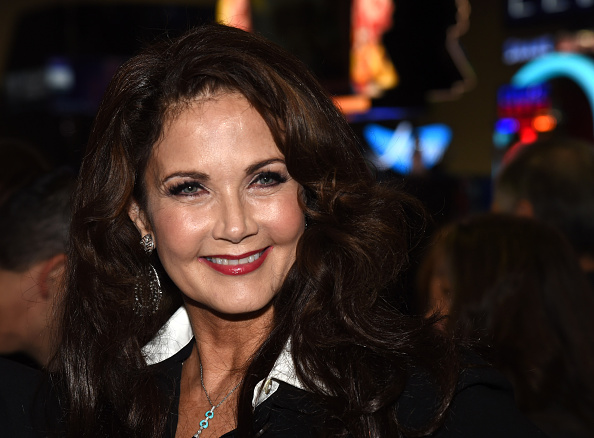 Film and Media Appearances in the 2000s

Carter started appearing more in films in the 2000s. In 2001, she played Governor Jessman in the comedy "Super Troopers." Later, she portrayed a wash-up beauty queen in the comedy/horror film "The Creature of the Sunny Side Up Trailer Park." In 2005, Carter appeared in two major studio films: the Warner Bros. remake of "The Dukes of Hazzard," and the Disney action comedy "Sky High." In the latter, she played the headmistress of a superhero school.

Beyond the screen, Carter has appeared in a number of theatrical productions. In 2005, she played Mama Morton in a production of "Chicago" on London's West End. In 2007, she toured the US with her one-woman cabaret show called "An Evening with Lynda Carter." In addition to performing in person, Carter has done voiceover work for video games, most notably for the popular series "The Elder Scrolls." She has also lent her voice to "Fallout 4" and "Rage 2."

In 1973, Carter was romantically involved with French singer Michel Polnareff. In 1977, she married her former talent agent Ron Samuels; they divorced in 1982. Following this, in 1984, Carter wed attorney Robert A. Altman, and briefly left Hollywood to join him in Washington, DC. The couple had two children, James and Jessica. They lived in Potomac, Maryland in a 20,000-square-foot Georgian-style house they built in 1987. In 2021, Altman passed away due to complications from a medical operation.

Carter also acts as an advocate for many causes. In 2003, after revealing that her mother had irritable bowl syndrome, Carter started touring the US to raise awareness of the condition. Additionally, she strongly supports abortion rights and LGBTQ equality, appearing as the Grand Marshal at Pride Parades in Phoenix, New York, and Washington, DC. Due to her past struggles with alcoholism and addiction, Carter also speaks at a variety of events focused on health and wellbeing, sharing her story of rehabilitation and recovery.

Carter has used her fame as "Wonder Woman" to continue to effect change. In 2016 on the 75th anniversary of the character's first appearance, Carter appeared alongside fellow "Wonder Woman" actress Gal Gadot, director Patty Jenkins, DC Entertainment President Diane Nelson, and UN Under-Secretary General Cristina Gallach at the United Nations. They used the character  as an example to advance gender equality and female empowerment.