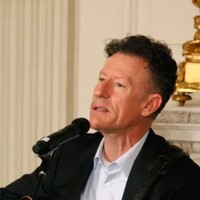 What is Lyle Lovett's net worth?

Lyle Lovett is an American singer, songwriter, actor and producer who has net worth $20 million. Lyle Lovett has been active in the country music community since 1980. He has won four Grammy Awards over the course of his career. He is the recipient of four Grammy Awards, including Best Country Album for "The Road to Ensenada" released in 1996, Best Pop Vocal Collaboration with Al Green for 1994's "Funny How Time Slips Away", and Best Country Male Vocal for his 1999 album "Lyle Lovett and His Large Band". In addition to his music career, he has also appeared in such film and television programs as "The Player", "Short Cuts", "Walk Hard: The Dewey Cox Story", "Mad About You", and "Dharma and Greg".

Lovett was born on November 1, 1957 in Houston, Texas. His parents are William Pearce, who worked as a marketing executive, and Bernell Louise, who worked as a training specialist. He was raised in the Lutheran Church and grew up in Klein, Texas. After completing high school, Lovett attended Texas A&M University where he received his Bachelor of Arts degrees in both German and Journalism in 1980. He had always been interested in music and began playing solo acoustic sets around the Texas A&M campus.

Lovett started developing a following in the Texas folk acoustic scene throughout the early 1980s. He performed at a number of festivals around the country and even abroad. When playing at the 1983 Schueberfouer Festival in Luxembourg, Lovett played some of his songs with the band, the Rogues. Through this experience, Lovett realized what his songs could song like when played with a full band backing as he had never before performed his songs with a full band. He was soon after offered studio time to record some of his songs with a band. Over the following summer in Arizona, Lovett recorded 18 songs, including a demo tape of four songs that led to his first record deal with MCA Records in 1986.

His debut album, self-titled, included 10 of those songs and was recorded with the Rogues and released in 1986. The same year, he also sang harmony vocals on Nanci Griffith's "The Last of the True Believers" album. Over the next 20 years, Lovett has maintained a very close relationship with members of the Rogues, many of whom have continued recording music with him or playing with him on tour in his band. Band member Billy Williams also has produced or co-produced several of Lovett's albums from 1987 to 2007. He also met Francine Reed through the Rogues, who has toured with Lovett in the decades since. 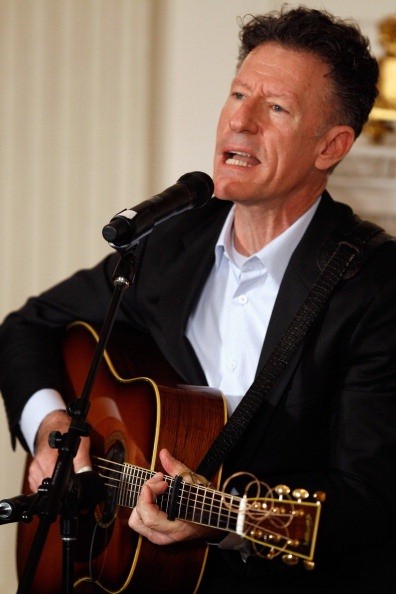 Over the course of his multi-decade career in music, Lovett has explored a number of genres outside of country and folk, often incorporating blues, jazz, swing, and gospel into his music as well. He won his first Grammy Award in 1989 for his album "Lyle Lovett and His Large Band." He subsequently won two Grammy Awards in 1994, one in the Best Country Duo/Group with Vocal category for "Blues For Dixie," and one in the Best Pop Vocal Collaboration for "Funny How Time Slips Away." He won a fourth Grammy in 1996 in the Best Country Album category for his album, "The Road to Ensenada." He also had a hit song in 1995 when he performed a duet of "You've Got a Friend in Me" with Randy Newman for "Toy Story."

In addition to his Grammy Awards, Lovett has received a number of other musical honors. In 2011, he was named "Texas State Artist Musician" by the Texas Commission on the Arts. He was also inducted in to the Austin City Limits Hall of Fame in October of 2019.

Outside of music, Lovett has also acted in a number of films, a number of which have been directed by Robert Altman. These films include "The Player" in 1992, "Short Cuts," in 1993, "Pret-a-Porter" in 1994, and "Cookie's Fortune" in 1999. He again worked with Altman in 2000 when he composed the score for the director's film, "Dr. T & the Women." Other films that Lovett has appeared in include "Bastard Out of Carolina," "The New Guy," "Walk Hard: The Dewey Cox Story," and "Angels Sing," among others. He has also appeared in a few television roles including in "Mad About You," "Castle," "The Bridge," and "Brothers & Sisters."

Lovett married actress Julia Roberts after meeting her on the set of "The Player." They only dated for three weeks before deciding to elope in June 1993 in Marion, Indiana. In March of 1995, they divorced after less than two years of marriage. Celebrity publications reported that the couple had split due to career demands though they did remain friends afterward. Since late 1997, Lovett has been in a relationship with April Kimble. The two got engaged in 2003 and then were married in February of 2017 in Texas. The same year, the couple welcomed a girl and boy set of twin.

Lovett has also been honored in other areas outside of music and horse reining. In 2010, Lovett was conferred the honorary degree of Doctor of Humane Letters by the University of Houston. Both of his parents were alumni of the school. In 2015, Lovett received the Distinguished Alumnus Award from Texas A&M University.