How much is Lykke Li Worth?

Lykke Li net worth: Lykke Li is a Swedish singer-songwriter who has a net worth of $4 million dollars. Born in Ystad, Skåne, Sweden, Lykke Li, also known as Li Lykke Timotej Svensson Zachrisson, grew up all over the world, including spending time in Sweden, Portugal, Morocco, India, Nepal, and the United States. She began recording her first album in Sweden when she was twenty-one years old. Her EP was released in 2007, and was moderately successful. Her first full-length album, "Youth Novels', was released the following year. She then spent 2008 and 2009 traveling to promote the album, including performances on "Later… with Jools Holland" and "Last Call with Carson Daly". She also performed at various musical festivals, including Coachella and Lollapalooza. She released her second album, "Wounded Rhymes" in 2011. Her music has been featured on the soundtracks of multiple television shows and movies, including, "Hawaii Five-O", "Vampire Diaries", and "Twilight: New Moon". 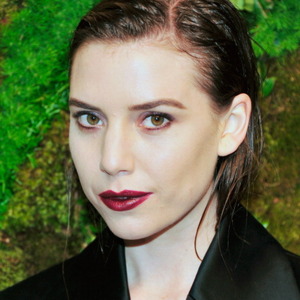