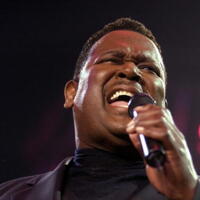 What was Luther Vandross' Net Worth?

Luther Vandross was an American singer-songwriter and record producer who had a net worth of $40 million at the time of his death in 2005. Known in some circles as "The Velvet Voice," Luther Vandross became one of the most sought after background vocalists for the biggest names in the music industry. Over the course of his career, he worked with artists such as David Bowie, Donna Summer, Diana Ross, and countless others.

Outside of his work as a background vocalist, Luther gained recognition for his work as the lead singer of the group Change, which became commercially successful in the 80s. Vandross later branched out and embarked upon a solo career, releasing a solo album in the same decade. He released a number of hit songs as a solo artist, and many of his duets also became widely popular.

Before his untimely passing, Luther Vandross sold over 35 million records worldwide. In addition to experiencing commercial success, Vandross also won widespread praise from critics. He won a staggering number of awards, including eight Grammys. Of those eight, he won Best Male R&B Vocal Performance a total of four times. In 2004 alone, Luther won four Grammy Awards, including the Award for Song of the Year, which was presented in recognition of his track "Dance with My Father." He died not long after releasing this beloved song. To this day, Luther Vandross is considered one of the best vocalists of all time.

Luther Ronzoni Vandross, Jr. was born on April 20th of 1951 in Manhattan, New York City. Raised in a public housing development on the Lower East Side, Luther started playing the piano at age three. His father, who was also a singer, died when Vandross was just eight. Luther later dedicated the track "Dance with My Father" to his memory.

At the age of nine, Luther's family relocated to the Bronx. His sisters brought him to see Aretha Franklin and other artists during live performances at the Apollo Theater, and he became inspired to pursue a career in music. After graduating from high school in 1969, Luther attended Western Michigan University. His college education was short-lived, as he dropped out after just one year to pursue a career in the music industry.

Vandross' career began in 1972 when he contributed backing vocals to "Roberta Flack & Donny Hathaway" in 1972. He then co-wrote David Bowie's song "Fascination" and joined him on tour throughout 1974. During the next period, Vandross collaborated with a range of well-known artists, providing backing vocals on their albums.

Outside of backing vocals, Vandross formed a quartet called Luther and released a number of singles. He also wrote and sang a number of commercial jingles before breaking out in the 1980s as a featured singer in the group Change. After gaining notoriety in the pop world, Luther Vandross signed a record deal with Epic Records and released a solo album entitled "Never Too Much." The title track for this album reached the top spot on the R&B charts.

Throughout the next few years, Luther continued to collaborate with a number of prominent artists while pushing his own solo career forward. In 1997, he released a successful greatest hits album and sang the national anthem at the Super Bowl. In 2003, Vandross released the critically-acclaimed album "Dance with my Father." It reached the number one spot on the Billboard charts – a first for Luther. 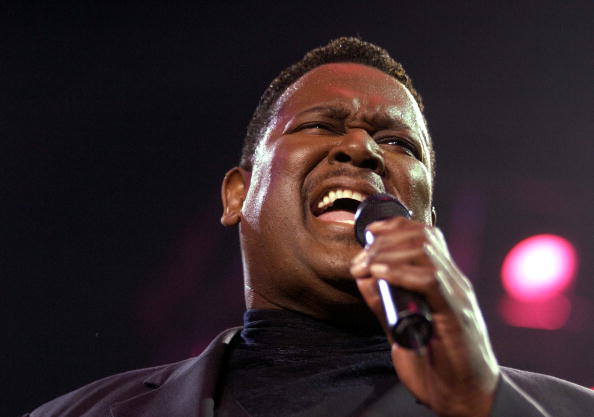 Although Luther Vandross never publicly came out as gay or bisexual, some industry insiders later revealed that they were aware of his homosexuality. If these widespread rumors are indeed correct, then Vandross kept his cards very close to his chest. If he did have relationships with men, they were extremely well-hidden. It is more likely that Vandross simply tried to limit his romantic encounters as much as possible in order to decrease the chances of a scandal.

After suffering from diabetes and hypertension throughout most of his adult life, Vandross experienced a serious stroke in 2003. This incident put him in a coma for two months. Although he was eventually revived, he had lost his ability to speak, sing, and walk. As his health continued to deteriorate, he made a number of limited appearances – the last of which was on "The Oprah Winfrey Show" in 2004. At the age of 54, Vandross passed away from a heart attack in 2005. All of his siblings had previously passed away, leaving his mother as the only surviving member of the family. She too passed away in 2008.

In 2003, it was reported that Luther Vandross had been selling a number of properties. One was a seven-room condo in Manhattan, which he sold for $4.425 million. He originally acquired the 3,200-square-foot property in 1999 for $3.8 million, which is situated in a building renovated by Donald Trump in 1998. On the ground floor lies the four-star Daniel restaurant. Back in 1998, Vandross sold another condo in Manhattan for $5.6 million. In the year 2000, he rid himself of yet another Upper East Side condo in Manhattan, accepting a final price of just over $400,000. In 2002, Luther listed and sold a property in Stamford, Connecticut for $850,000.

Back in 1999, he sold his 23,000-square-foot estate in Connecticut for $10.75 million. He had originally purchased the luxurious mansion for $8.8 million back in 1997. In 2015, it was reported that his former estate had been put on the market for just under $9 million. The property lies just outside of Greenwich and the lavish mansion sits on almost 15 acres of land. According to rumors, Luther used the indoor basketball court on the third floor as one massive closet.