Lupillo Rivera net worth: Lupillo Rivera is an American-born Mexican regional singer who has a net worth of $12.5 million. Lupillo Rivera earned his net worth from his successful singing career which started in 1992. He was born on January 30, 1972 in La Barca, Jalisco, Mexico. Lupillo's father was a recording label/studio owner named Pedro Rivera.

His uncle is a Mexican boxer known as El Toro Rivera. Lupillo and his sister Jenni Rivera grew up in Long Beach, California. He graduated in 1990 from Long Beach Polytechnic High School. His brother Pedro Rivera Jr. is a Spanish language Christian singer and ordained pastor of Primer Amor. This Southern Baptist Church is located in Whittier, CA. Lupillo's son was born on August 8, 2008, and on June 2, 2011 he revealed that he has 7 children, six of them biologically. This confession came during an interview on the Spanish talk-show, Cristina, two of his young children appeared with him on the show. Lupillo was requested to sing at the funeral of a Marine killed in Iraq in 2004, he accepted and left one of his of his famous sombreros on the Marine's burial casket. On December 11, 2006, his SUV was shot at 7 times in Guadalajara, Jalisco. The incident happened around 1am after Rivera left a restaurant. The motive behind the shooting is unknown. In December 2012, Lupillo's sister Jenni died tragically in a private plane crash over Mexico. 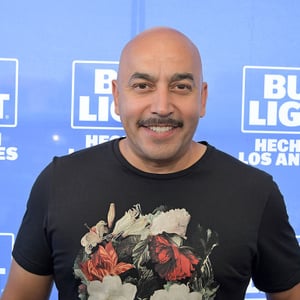