Luis Fonsi Net Worth: Luis Fonsi a Puerto Rican singer and composer who has a net worth of $20 million. Luis Fonsi is known for such hit songs as "Aquí Estoy Yo," "Échame la Culpa," and "Despacito." The latter track, featuring rapper Daddy Yankee, became Fonsi's biggest success ever when it won four Latin Grammy Awards and five Billboard Music Awards. The song also sold over 11 million records, and its music video became the most-watched YouTube video of all time.

Early Life and Education: Luis Fonsi was born as Luis Alfonso Rodríguez López-Cepero in 1978 in San Juan, Puerto Rico. He is the oldest child of Delia and Alfonso, with his two younger siblings being Jean and Tatiana. As a teen, Fonsi went to Dr. Phillips High School in Orlando, Florida, where he participated in a singing group called Big Guys. In 1995, Fonsi landed a full scholarship to Florida State University. There, he performed in the school choir and sang with the City of Birmingham Symphony Orchestra. After dropping out to pursue his music career, Fonsi was offered a recording contract by Universal Music Latin.

Albums from 1998 to 2014: Fonsi recorded his debut album, "Comenzaré," in 1998. Featuring the singles "Si Tú Quisieras," "Dime Como," "Perdóname," and "Me Iré," the album was a hit in Puerto Rico and throughout Latin America, peaking at number 11 on Billboard's Top Latin Albums chart. Even more successful was Fonsi's follow-up album, "Eterno," released in 2000. Also that year, he did a duet with Christina Aguilera for her Spanish-language album "Mi Reflejo." In 2002, Fonsi released "Amor Secreto" and "Fight the Feeling," the latter of which was his debut English-language album. This was followed by "Abrazar la vida," which opened new markets for Fonsi in Europe and spawned the number-one hit single "¿Quién Te Dijo Eso?" With his sixth album, 2005's "Paso a Paso," Fonsi achieved more widespread fame. The track "Nada Es Para Siempre" hit number one on the music charts, and was nominated for a Latin Grammy Award.

Fonsi's seventh album, "Palabras del Silencio," debuted at number 15 on the Billboard 200 in 2008. It was certified platinum in the US and Spain, and went gold in Mexico and Argentina. Moreover, it earned a Grammy nomination for Best Latin Pop Album. One of its tracks, "No Me Doy por Vencido," landed Fonsi on the US Billboard Hot 100 for the first time in his career. It also reached number one on the Billboard Hot Latin Tracks chart, becoming one of the artist's biggest hits yet. Another song from the album, "Aquí Estoy Yo," earned a Latin Grammy Award for Song of the Year. In 2011, Fonsi released his eighth album, "Tierra Firme," and did a tour throughout Latin America to promote it. Three years later, he released the album "8," and did a tour called "Somos Uno."

International Fame with "Despacito": In January of 2017, Fonsi had his greatest hit yet with the single "Despacito," featuring rapper Daddy Yankee. Topping the charts in 47 countries, it remained at number one on the Billboard Hot 100 for a record 16 weeks, and remained on the Hot Latin Songs chart for a record 56 weeks. Among its bounty of accolades, "Despacito" won Latin Grammy Awards for Record of the Year, Song of the Year, Best Urban Fusion/Performance, and Best Short Form Music Video. From August of 2017 to November of 2020, the music video was the most-watched YouTube video of all time, with seven billion views. Also in 2017, the song was given an English remix featuring Canadian singer Justin Bieber; it hit number one on the Billboard Hot 100.

More success came with the release of Fonsi's song "Échame la Culpa," featuring Demi Lovato, which debuted at number three on the Hot Latin chart in November of 2017. In 2018, he had two hit singles: "Calypso," featuring rapper Stefflon Don, and "Baby," a collaboration with electronic music group Clean Bandit. The next year, Fonsi released his tenth studio album, "Vida," which included the songs "Échame la Culpa" and "Sola," as well as the "Despacito" remix. "Vida" topped the Billboard Top Latin Albums chart, and reached number 18 on the Billboard 200. 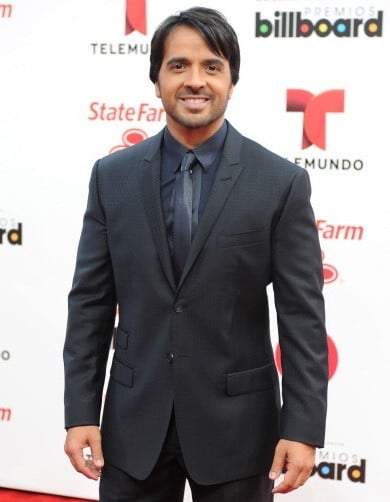 Film and Television: In the early 90s, Fonsi had a brief cameo in the Mexican romance film "Como Agua Para Chocolate," playing the friend of the male lead. A decade later, he had roles on the Mexican telenovela "Corazones al límite" and the Nickelodeon sitcom "Taina." In January of 2019, Fonsi joined Carlos Vives, Wisin, and Alejandra Guzmán as a judge on the first season of Telemundo's "La Voz," the Spanish version of the hit American singing competition series.

Personal Life and Philanthropy: Fonsi started dating actress Adamari López in 2003. In 2006, the couple married in a religious ceremony in Guaynabo, Puerto Rico, which was attended by celebrities including Joey Fatone and Carlos Ponce. Later, in 2010, the pair divorced. Fonsi subsequently started seeing Spanish model Águeda López, whom he married in 2014. Together, they have a daughter and a son.

Since 2008, Fonsi has served as an ambassador for St. Jude Children's Research Hospital. Among his other philanthropic pursuits, he was a major contributor to disaster relief efforts in Puerto Rico and the Dominican Republic, helping to raise the islands from devastation in the wake of Hurricane Maria in 2017. Also that year, Fonsi was named as the tourism ambassador of Puerto Rico. 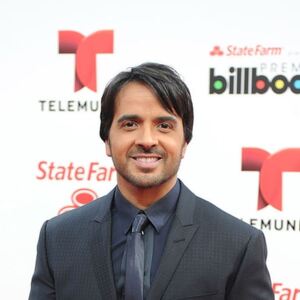