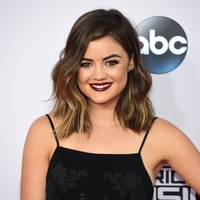 What is Lucy Hale's net worth and salary?

Lucy Hale is an American actress who has a net worth of $6 million. Lucy Hale first came to public attention competing in the reality singing competition, "American Juniors", in the early 2000s. She finished in the Top 5, and parlayed her singing career into a series of guest appearances on multiple shows, including "Ned's Declassified School Survival Guide", "Drake & Josh", "The O.C.", "How I Met Your Mother", "Wizards of Waverly Place", "Ruby & The Rockits", "Private Practice", and "CSI: Miami".

She was born Karen Lucille Hale on June 14, 1989 in Memphis Tennessee, to her parents Preston Hale and Julie Knight, a registered nurse. Hale has an older sister named Maggie, and step-siblings Wes and Kirby. Homeschooled as a child, Hale took acting and singing lessons on the side, her interest in music and entertainment inspired by female acts around this time like Shania Twain, Britney Spears, and Faith Hill.

Hale has revealed in interviews that she suffered from an eating disorder throughout her teenage years.

Hale's first TV appearance was on the Fox reality show "American Juniors" in 2003, on which she finished in fourth place. With the hope of landing a record deal, Hale moved to Los Angeles at the age of 15 and began auditioning for TV roles. Her first minor role was on Nickelodeon's "Drake & Josh." She took other guest roles on shows like "The O.C." and "How I Met Your Mother." In 2007, she played Becca Sommers on NBC's "Bionic Woman." She landed her first movie role in "The Sisterhood of the Traveling Pants 2," playing Effie Kaligaris, the younger sister of Lena Kaligaris, which was portrayed by Alexis Bledel. She then appeared in CW's "Privileged" as Rose Baker and starred in the Lifetime TV movie "Sorority Wars."

Hale became a household name in the fall of 2009 when she landed the role of Aria Montgomery in "Pretty Little Liars." She appeared in all seven seasons of the show, which ended its run in 2017. Her performance was hailed by critics and she received multiple awards including seven Teen Choice Awards and a People's Choice Award, along with a Gracie Allen Award and a Young Hollywood Award.

While starring on "Pretty Little Liars," Hale appeared in CSI: Miami and had a cameo role in "Scream 4." She was then cast as Katie Gibbs in "A Cinderella Story: Once Upon a Song." She also recorded songs for the soundtrack to the film. Around this time, she made appearances in various music videos: Foy Vance's "She Burns," Jackson Harris' "Come Back Down to Earth," and "Lose Control (Take a Sip) by Chase Jordan.

Hale appeared in an episode of MTV's "Punked" in April 2012 and pranked her "Pretty Little Liars" co-star Ian Harding. Later that year, Lucy voiced Periwinkle in the Disney film "Secret of the Wings." In June 2012, Hale was signed to the record label Hollywood Records. 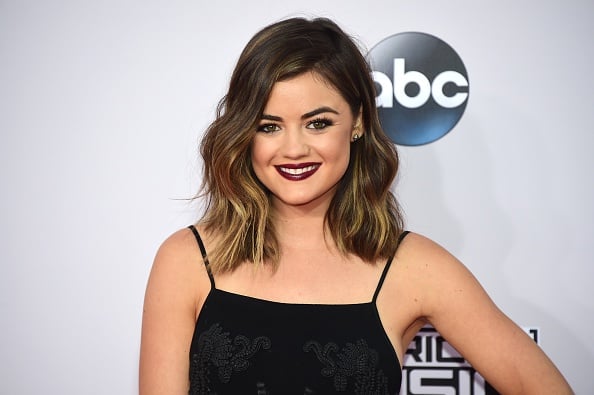 Hale became the brand ambassador for the beauty company Mark Girl in June 2013. Over the course of her career, she has co-hosted various TV event shows such as the Teen Choice Awards and the MTV Video Music Awards pre-show as well as co-hosting with Ryan Seacrest in Times Square for the "Dick Clark's New Year's Rockin' Eve" from 2016 to 2021. She was the first millennial actress to ever co-host the New Year's Eve show.

On June 3, 2014, Hale released her debut album "Road Between." The following year, she collaborated with Rascal Flatts on a version of "Let It Go" from Disney's "Frozen." She recorded two Christmas songs: "Mistletoe" and "You're Here."

Hale was cast to play Stella Abbott, a young woman who gets the news that her once-incurable cancer has been cured, offering her a second chance at life, in the CW comedy-drama series "Life Sentence." Unfortunately, the series was canceled after just one season. In 2018, she starred in three films: "Dude," "The Unicorn," and "Truth or Dare." Hale was cast in 2019 as the starring role in "Katy Keene." The following year, she starred as Melanie Cole in the feature film "Fantasy Island." In 2021, she became a brand ambassador for the lingerie company Hunkemoller and she was cast as the lead in the film "The Hating Game." That same year, Hale moved to London to begin filming her new series, AMC's crime drama "Ragdoll," a television adaptation of the novel by the same name, written by Daniel Cole.

Lucy has been linked to many other actors, singers, and co-stars over the course of her career. Her first high-profile romance was with "Wizards of Waverley Place" actor and director David Henrie which lasted from 2007 to 2009. After they split, fans of "Pretty Little Liars" often speculated that she was dating her onscreen love Ian Harding IRL, but she shut down all dating speculation in 2011 during an interview with Seventeen Magazine when she said: "Ian is a doll. He is the coolest guy in the world. So funny. And I feel like our chemistry works so well. People are rooting for us to date, but it will never happen. He's literally like a brother to me!" She dated keyboardist Alex Marshall in 2010 and in 2012 dated actor Chris Zylka for a year.

Since then, she has been romantically linked to Graham Rogers, Joel Crouse, Adam Pitts, Anthony Kalabretta, Riley Smith, Ryan Rottmann, and Colton Underwood. In February 2021, she was spotted cozying up to "Riverdale" actor Skeet Ulrich, 20 years her senior.