Louis Tomlinson net worth: Louis Tomlinson is an English singer who has a net worth of $70 million dollars. He first became famous as a member of the singing group One Direction.

Early Life: Louis Tomlinson, also known as Louis Troy Austin, was born in Doncaster, South Yorkshire, England, on December 24, 1990, to Johannah Poulston and Troy Austin. They split when Louis was just a toddler and he is still estranged from his father. He later took on his stepfather Mark Tomlinson's last name. He has six half siblings. He attended Hall Cross School and Hayfield School and struggled, failing his first year of A levels at the Hayfield School and having to start over again. He worked a number of odd jobs throughout his teenage years, including at Vue cinema and at a football stadium as a waiter.

Early Career and One Direction: He began performing in musicals as a young teen, and also appeared in small roles on such television shows as "Fat Friends", "If I Had You", and "Waterloo Road". He attended an acting school in Barnsley, England, and kept performing at musicals and in small parts on TV.

He ultimately decided to audition for "The X Factor" in the UK, inspired after he played the lead role of Danny Zuko in the musician production of "Grease." He did not make it to the judges' houses as a competitor in the Boys' Division. However, he was invited to join a group with fellow boys' competitors, Niall Horan, Zayn Malik, Liam Payne and Harry Styles. The five singers spent two weeks preparing for the final round of auditions, and gave themselves the name One Direction.

One Direction went on to become one of the most popular acts to ever be produced by a reality series. Since forming in 2010, the group has sold more than 20 million albums worldwide. As of this writing, the group has released five commercially successful studio albums. Between June 2013 and June 2014, the group generated $75 million in revenue. Between June 2014 and 2015, the group generated $130 million in revenue. Their "Where We Are" Tour generated $282 million, which is the second highest gross for a vocal group in history. Their band is owned by a corporation called 1D Media that was formed in 2010 and is owned equally by the five members.

The band went on a planned hiatus in January 2016 and each member has subsequently pursued solo careers that have been surprisingly successful. All five members of One Direction have released solo songs that have charted in the Top 40 in the United States. They are one of the few examples of a group act where the individual artists found success outside of the group. 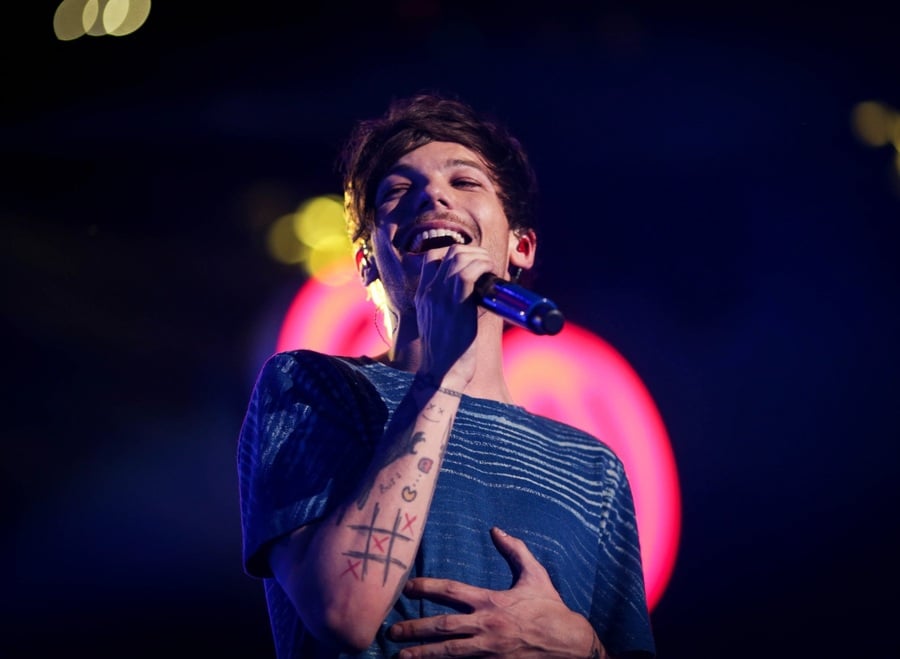 Solo Career: Tomlinson released the single "Back to You" featuring Bebe Rexha and Digital Farm Animals in July 2017. It peaked at No. 8 on the UK singles Chart and No. 40 on the Billboard Hot 100 Chart. It was then announced that he had signed a record deal with Epic records. In October 2017 he released a promotional single, "Just Like You," which peaked at No. 99 on the UK Charts. His second solo single was "Miss You," which peaked at No. 39. It was announced in July 2018 that Tomlinson would appear alongside Simon Cowell, Robbie Williams, and Ayda Field to judge season 15 of "The X Factor." He was matched to mentor Dalton Harris, who went on to win the show, rendering Tomlinson the first former contestant to secure a victory as the winning mentor.

Tomlinson announced in February 2019 that he had partnered with Arista Records. His first release under the label was "Two of Us," released on March 7, 2019. He announced his second single under the label, "Kill my Mind," in September 2019. The next month, he released "We Made It" and announced he would be embarking on a world tour set to span over five months and 20 different countries. In November 2019, he released his fourth single from his debut album, "Don't Let It Break Your Heart."

On January 17, 2020, he released his fifth and final single from the album, "Walls," and two weeks later, his debut solo album "Walls" was finally released. It debuted at No. 4 on the UK Albums Chart and No. 9 on the Billboard 200 chart, making it the first new album for Arista Records in nine years to hit the top 10 charts. He was set to tour for nearly all of 2020, but was forced to postpone every day due to the COVID-19 pandemic. He announced rescheduled dates for 2021, and that he had begun writing his next album.

Personal Life: Tomlinson began dating then-student Eleanor Calder in November 2011. The pair broke up in March 2015 but reunited in early 2017. In July 2015, rumors hit the media that Tomlinson was expecting a baby with stylist Briana Jungwirth. A month later, on an episode of Good Morning America, the reports were confirmed. They welcomed a son, Freddie Reign, in January 2016. Tomlinson was in a relationship with actress Danielle Campbell from November 2015-December 2016.

Tragedy touched Tomlinson's personal life when his mother died of Leukemia in December 2016, and again in March 2019 when his younger sister Félicité Tomlinson died of an accidental overdose.

In March 2017, Tomlinson was involved in an altercation at Los Angeles International Airport when he clashed with a paparazzo and aggressive fans who had been waiting for him. He was detained by airport security and was initially charged with a misdemeanor, posting bail soon after. The matter was resolved by April 2017 and the charges against him were dropped, citing the footage of the events captured by another paparazzo had surfaced and that Tomlinson was innocent. It was reported that the paparazzi had provoked him and caused the altercation at the airport. 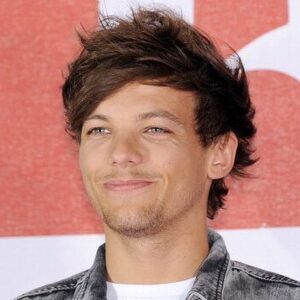