He has released 26 studio albums starting with his self-titled debut album in 1970 up to his latest album Haven't Got the Blues (Yet) in 2014. As an actor he had a recurring role as Capt. Calvin Spalding in the television series M*A*S*H from 1974 to 1975. Wainwright starred as Hal Karp in the TV series Undeclared from 2001 to 2002. He has also starred in the films Big Fish, The Aviator, The 40 Year-Old Virgin, Elizabethtown, For Your Consideration, Knocked Up, G-Force, and more. Wainwright won a Grammy Award for Best Traditional Folk Album in 2010 for High Wide & Handsome: The Charlie Poole Project. 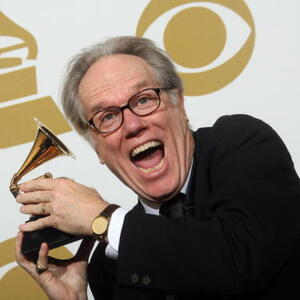