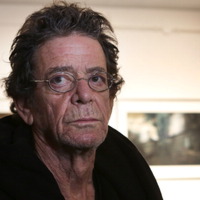 What was Lou Reed's Net Worth?

Lou Reed was a singer, songwriter, and musician who had a net worth of $15 million at the time of his death in 2013. Lou Reed first achieved recognition for his work with the rock band the Velvet Underground in the 1960s. Following his departure from the group in 1970, he went on to have a solo career spanning five decades. Reed was twice inducted into the Rock and Roll Hall of Fame, in both 1996 and 2015.

Lou Reed was born on March 2, 1942 in the Brooklyn borough of New York City, and was raised in Freeport, Long Island. His parents were Toby and Sidney, and he was Jewish. As a youth, Reed went to Atkinson Elementary School, and then to Freeport Junior High School. He learned to play the guitar from listening to the radio, and developed an early passion for both rock and rhythm and blues music. During high school, Reed performed with several bands; it was also at this time that he began experimenting with drugs.

Reed first started recording music with a doo-wop trio called the Jades. The group participated in a talent show at Freeport Junior High School, and was subsequently offered the opportunity to record an original single called "So Blue." Despite this early success, Reed struggled with his mental health. In his first year at college, he was brought home after one day when he had a mental breakdown. He eventually recovered, and resumed his education at Syracuse University, where he studied creative writing, journalism, and film directing. In 1961, Reed started hosting a late-night radio program called "Excursions on a Wobbly Rail."

After graduating from Syracuse in 1964, Reed moved to New York City and became an in-house songwriter at Pickwick Records. For the label, he wrote and recorded the single "The Ostrich," a parody of popular contemporary dance songs.

In 1964, Reed formed the rock band the Velvet Underground with John Cale, Sterling Morrison, and Angus MacLise. The latter was soon replaced by Moe Tucker. With the band, Reed served as the main singer and songwriter. Eventually, the Velvet Underground caught the attention of Andy Warhol, who encouraged the band to take on German model and singer Nico as a chanteuse. Subsequently, in 1967, the group released its debut album, "The Velvet Underground & Nico." Featuring an experimental style and lyrics focused on such subjects as prostitution, drug abuse, and sadomasochism, the album was commercially unsuccessful. However, it later became regarded as one of the most influential works in rock music history.

The Velvet Underground released its second album, "White Light/White Heat," in 1968; it was recorded after Reed had fired Warhol. Like the band's debut, this album was also filled with transgressive lyrics about drugs and sex, and similarly underwent a critical reevaluation over the years after having bombed upon its initial release. The final two albums by the Velvet Underground were a self-titled 1969 album and 1970's "Loaded." Reed then left the group, which ultimately disbanded in 1971 with the departures of Tucker and Morrison. In 1990, the Velvet Underground reunited for a Fondation Cartier benefit show in France. Three years later, the group came together again for a European tour. In 1996, the Velvet Underground was inducted into the Rock and Roll Hall of Fame.

In 1971, Reed signed with RCA Records and recorded his self-titled debut solo album. The following year, he had his commercial breakthrough with his second solo album, "Transformer." One of its singles, "Walk on the Wild Side," became Reed's biggest hit, peaking at number 16 on the Billboard Hot 100. Another single, "Perfect Day," steadily grew in popularity over the years. In 1973, Reed released his third solo album, "Berlin," which made it to number seven on the UK Albums Chart. He next released the live album "Rock 'n' Roll Animal" and the studio album "Sally Can't Dance"; the latter became his highest-charting album in the US, reaching number ten on the Billboard 200. 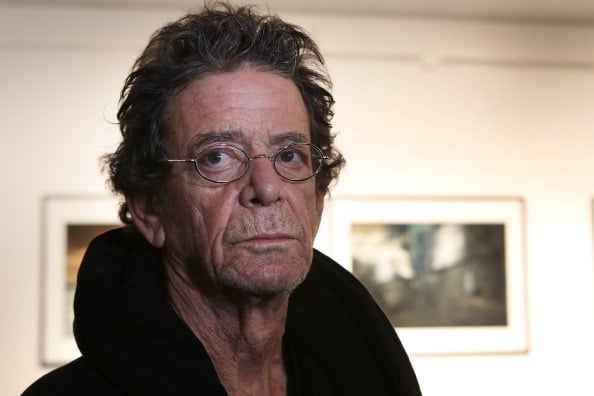 Reed's career in the latter half of the 70s was colored by a heavy use of alcohol and methamphetamine. He continued to release albums, including "Metal Machine Music," "Coney Island Baby," "Street Hassle," and the live album "Live: Take No Prisoners." In 1979, Reed released "The Bells," and toured throughout Europe and the US; he also began to wean himself off drugs. His albums in the 80s included "Growing Up in Public," "The Blue Mask," "Legendary Hearts," "New Sensations," "Mistrial," and "New York."

In 1990, Reed reunited with his former bandmate John Cale to record the album "Songs for Drella," a song cycle about Andy Warhol. A couple years later, Reed released his 16th solo album, "Magic and Loss." His next albums were "Set the Twilight Reeling," "Ecstasy," and "The Raven." Reed released his 20th and final solo album, "Hudson River Wind Meditations," in 2007. A few years later, he collaborated with the band Metallica on the album "Lulu."

Among his other projects, Reed twice contributed music to experimental theatrical productions at  the Thalia Theater in Hamburg, Germany. In 2003, he embarked on a world tour with cellist Jane Scarpantoni and singer Anohni. Later in the decade, Reed introduced his new project, eventually named Metal Machine Trio, at the Walt Disney Concert Hall in Los Angeles. Recordings of the group's performances were released on the album "The Creation of the Universe." In 2012, Reed collaborated with the band Metric on the song "The Wanderlust," the final original composition he worked on.

Reed had many romantic relationships throughout his life. Although he originally considered himself gay, he married Bettye Kronstad in 1973. Following their divorce, he dated transgender woman Rachel Humphreys, who became his muse. Later, in 1980, Reed wed British designer Sylvia Morales; they ended up divorcing in 1994. Before this, Reed began a relationship with avant-garde artist Laurie Anderson. The pair married in 2008.

For many years, Reed suffered from diabetes and hepatitis. Diagnosed with liver cancer, he underwent a liver transplant in May of 2013. That October, he passed away at his home in New York at the age of 71. Reed was posthumously inducted into the Rock and Roll Hall of Fame as a solo artist in 2015.