What was Lou Rawls' Net Worth?

Lou Rawls was an American singer of jazz, blues and soul music who had a net worth of $10 million at the time of his death. Lou Rawls died of lung cancer in Los Angeles at the age of 72 years. During his career he released over 60 albums and sold more than 40 million records. Thanks to his smooth vocal style, he also served as a television, motion picture, and voice actor.

Rawls was born on December 1, 1933 in Chicago, Illinois. He was raised by his grandmother in the Ida B. Wells projects of the city's South Side. When he was a boy, he began singing in the Greater Mount Olive Baptist Church choir. As he got older, he sang with other local groups. Through these groups, he met Sam Cooke and Curtis Mayfield, who would also go on to have successful careers in music. Rawls attended Dunbar Vocational High School and graduated in 1951.

After completing high school, Rawls sang with Sam Cooke in the Teenage Kings of Harmony, a gospel group, as well as in the Holy Wonders. In 1951, he also began singing in the Highway QC's, taking Cooke's spot after he left to join The Soul Stirrers in Los Angeles. Rawls was soon after hired by the Chosen Gospel Singers and also moved to Los Angeles. There, he joined the Pilgrim Travelers.

In 1955, Rawls enlisted in the United States Army as a paratrooper in the 82nd Airborne Division. He left the Army three years later as a Sergeant and rejoined the Pilgrim Travelers. In 1958, he was involved in a serious car accident, at which he was pronounced dead before arriving at the hospital. He was in a coma for almost six days and then spent over a year recuperating and regaining his memory.

In 1971, Rawls signed with MGM and shortly after released the single "Natural Man," which became a commercial success. He again switched labels in 1974, signing with Bell Records, and then again in 1976 when he signed with Philadelphia International. On that label, he released "All Things in Time" which featured the single, "Another Love Like Mine." This track became his biggest selling single, selling over a million copies and topping the charts.

In 1977, he released the album "When You Hear Lou, You've Heard It All," which featured the hit single, "Lady Love." In 1980, he began the "Lou Rawls Parade of Stars Telethon," which benefitted the United Negro College Fund. In January of 2004, Rawls was honored by the Fund for all of the work he had done for the organization. The Fund organized a concert in which Stevie Wonder, Ashanti, and Gerald Levert performed for Rawls while he sat in the seat of honor. At the time of Rawls's death in 2006, the telethon event had raised over $250 million for the Fund. 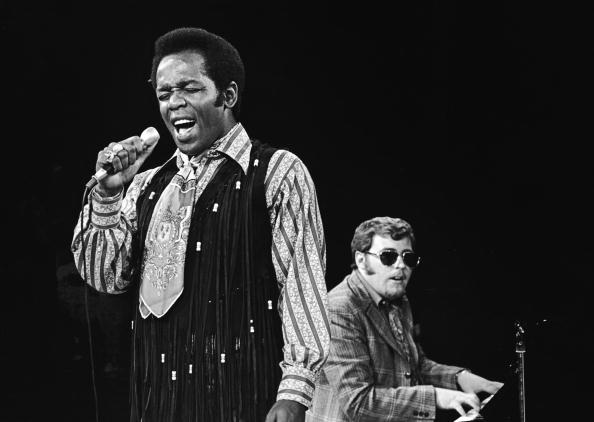 Rawls continued releasing music steadily throughout the 1980s and 1990s. In addition to making music, he made a number of television and film appearances during his career. He appeared in the first season of "Sesame Street" and in the second season of "The Muppet Show." He also acted in the Western television series, "The Big Valley." He appeared in the film "Leaving Las Vegas," "Blues Brothers 2000," and "Angel, Angel, Down We Go." In 1994, he played a supporting role in the independent film, "Lookin' Italian" and also had a supporting role in "Baywatch Nights." He also lent his voice to a number of cartoon characters in shows like "Hey Arnold!," "Garfield," "Captain Planet and the Planeteers," and "The Proud Family." Additionally, he was a longtime spokesperson for the Colonial Penn Life Insurance Company and appeared in a number of advertisements for Budweiser.

Over the course of his career, Rawls received numerous awards and honors. In 1979, he won the AMA for Favorite Soul/R&B Male Artist. In 1982, he received a star on the Hollywood Walk of Fame. A few years later, in 1985, he was invited to sing the song "Wing Beneath My Wings" at the 50th Presidential Inaugural Gala commemorating the second inauguration of Ronald Reagan. Rawls won three Grammy awards, all for Best Male R&B Vocal Performance. In 2021, over a decade after his death, he was inducted into the Rhythm & Blues Hall of Fame.

Rawls was married three times in his life. In 1963, he married Lana Jean Taylor. They remained together until their divorce in 1973. He later married a woman named Ceci in 1989. Their marriage lasted until 2003. He married his third wife, Nina, in 2004. Nina was a former flight attendant who later helped manage Rawls's career. Rawls fathered two sons and two daughters over the course of his life.

In December of 2005, it was announced that Rawls had lung cancer that had spread to his brain. He died from the illness on January 6, 2006 in Los Angeles. He is buried at Forest Lawn Memorial Park.