Lou Bega net worth: Lou Bega is a German mambo musician who has a net worth of $1 million. Lou Bega was born in Munich, Bavaria, West Germany in April 1975. He is best known for his single "Mambo No. 5" which was he remade in 1999 from an instrumental by Perez Prado in 1949.

Bega started out as a rapper and started a hip hop group at 13 years old. The group released a CD in 1990 and Bega discovered Latin music while living in Miami, Florida. His debut solo album A Little Bit of Mambo was released in 1999 and reached #1 in Austria, Canada, Finland, Switzerland, and Norway. The album also reached #3 in the United States and Germany. Bega would go on to release the albums Ladies and Gentlemen in 2001, Lounatic in 2005, Free Again in 2010, and A Little Bit of 80's in 2013. "Mambo No. 5 (A Little Bit Of…)" reached #1 in Germany, Austria, Australia, Finland, France, New Zealand, Sweden, Switzerland, and the UK, while reaching #3 in the US. Bega also had some success with his follow up single "I Got a Girl". Bega is known for mixing elements of 1940s and 1950s music with modern beats. 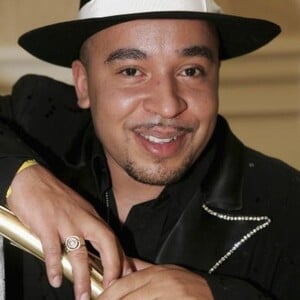