Lorde Net Worth: Lorde is an award-winning New Zealand singer-songwriter who has a net worth of $16 million dollars. In 2009, Lorde signed with Universal Music Group at the age of 13 and released her first studio album, "Pure Heroine," in September 2013. Her first EP, "The Love Club EP," included the song "Royals," which became a New Zealand hit in early 2013 and went on to top the U.S. "Billboard" Hot 100 chart and become one of the best-selling singles of all time, selling more than 10 million copies. In 2018, "Royals" was ranked #9 on "Rolling Stone" magazine's "100 Greatest Songs of the Century – So Far" list.

Early Life:  Lorde was born Ella Maria Lani Yelich-O'Connor on November 7, 1996, in Takapuna, Auckland, New Zealand. Her mother, Sonja Yelich, is a poet, and her father, Vic O'Connor, is a civil engineer. Sonja and Vic became engaged in 2014 after dating for 3 decades and got married in 2017. Lorde grew up in Devonport with 3 siblings: older sister Jerry, younger sister India, and younger brother Angelo. She began performing in theater productions at the age of five, and as a child, she loved reading and showed an aptitude for English. By the time she was 14, she was editing her mother's Master's thesis and reading books far above her grade.

Career: In 2010, Lorde and McDonald began performing around Auckland as the duo Ella & Louis, and Lorde started taking singing lessons the following year. Lorde debuted her original compositions in November 2011, performing at the Victoria Theatre in Devonport. In December 2011, Lorde teamed up with singer-songwriter Joel Little to record "The Love Club EP," and she self-released it on Soundcloud in November 2012; it was commercially released in March 2013, and her full-length album, "Pure Heroine" debuted to critical acclaim in September of that year. "Royals" was included on both the EP and the album, and "Pure Heroine" also included the singles "Tennis Court," "Team," and "Glory and Gore." Lorde recorded 2 more EPs in 2013: "Tennis Court" and "Live in Concert."

After a bidding war, Lorde signed a $2.5 million publishing deal with Songs Music Publishing in November 2013. Lorde performed a cover of Tears for Fears' "Everybody Wants to Rule the World" on the 2013 "The Hunger Games: Catching Fire " soundtrack, and she performed 4 tracks on the following year's "The Hunger Games: Mockingjay – Part 1" soundtrack as well as curating the album's track list. Lorde released her second album, "Melodrama," in June 2017 and lead single "Green Light" reached #1 on the New Zealand music charts. "Melodrama" was included on many lists of the year's best albums, and it debuted at #1 on the U.S. "Billboard" 200 chart. Lorde toured internationally for both " Pure Heroine" and "Melodrama," and she has performed at several concert festivals, including California's Coachella Festival and Sydney's Laneway Festival. Since 2108, Lorde has been a patron of MusicHelps, a charitable organization that is dedicated to changing the lives of New Zealanders in need through the power of music.

Lorde has named Billie Holiday, Etta James, Cat Stevens, Fleetwood Mac, Bon Iver, The Smiths, Prince, David Bowie, and many other artists as musical influences but says that her mother is her main songwriting influence. She also is inspired by several authors, including Kurt Vonnegut, Tobias Wolff, Sylvia Plath, and Walt Whitman. Lorde's musical style has been described as "electropop," "dream pop," and "indie-electro." 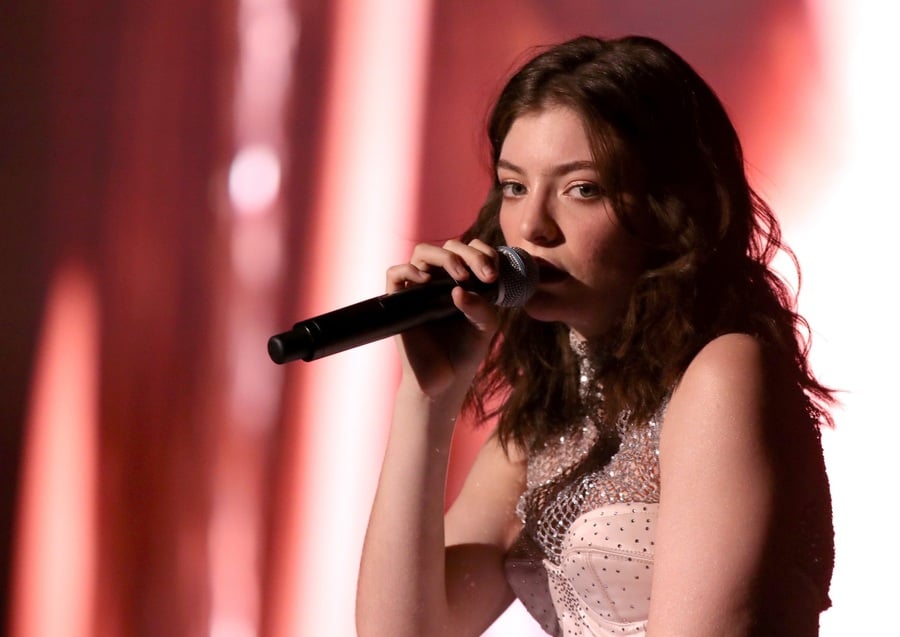 Personal Life: Lorde was in a relationship with photographer James Lowe from 2013 to 2016. In 2017, Lorde revealed that she holds dual citizenship in New Zealand and Croatia; her maternal grandparents were Croatian immigrants from the Dalmatia region. In her free time, Lorde enjoys quilting, photography, and watching movies.

Awards: Lorde has earned more than 40 awards, including 18 New Zealand Music Awards, 2 Billboard Music Awards, 2 Grammys, 4 APRA Silver Scroll Awards, 3 World Music Awards, and an ASCAP Pop Award. In 2015, she earned nominations from the Golden Globe Awards and the Critic's Choice Awards for her song "Yellow Flicker Beat," which was featured in "The Hunger Games: Mockingjay – Part 1." "Time" included Lorde on their lists "The 16 Most Influential Teens of 2013" and "The 25 Most Influential Teens of 2014," and she was the youngest person featured on "Forbes" magazine's "30 Under 30" issue in 2014.

Lorde has also had the honor of being parodied in several Season 18 episodes of "South Park." On the show, it is revealed that Lorde is Randy Marsh's alter-ego and that his hit song is "Push (Feeling Good on a Wednesday)," which is about using the women's restroom at work. After the first 2 episodes aired, Lorde tweeted that she thought it was cool to be featured on the show, and she later performed part of "Push" while being interviewed on New Zealand's TV3. 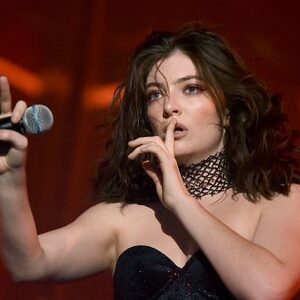