Loomis Fall net worth: Loomis Fall is an American musician, songwriter, and actor who has a net worth of $400 thousand. Loomis Fall was born in Los Angeles, California in December 1976. He has been a member of several bands including Wax and has also been featured as a cast member on television series including Jackass and Wildboyz.

His paintings have been featured in galleries in Los Angeles. The band Wax formed in 1991 and broke up in 1995 and had a brief reunion in 2009. They released the albums What Else Can We Do in 1992 and 13 Unlucky Numbers in 1995. Loomis Fall appeared in the 1996 movie Bio-Dome. He was featured in the TV series Jackass from 2000 to 2001 and Wildboyz in 2006. Fall was also a writer and appeared in the films Jackass: The Movie, Jackass Number Two, and Jackass 3D. He also was featured in the film Jackass 2.5. 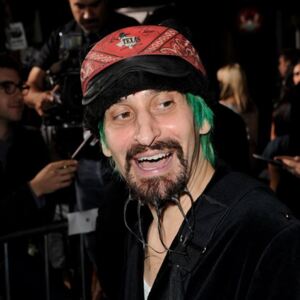