Lloyd Price Net Worth: Lloyd Price is an American musician who has a net worth of $2 million. Born in 1933 in Kenner, Louisiana, Lloyd Price learned to play the piano and trumpet, and sang in a local gospel choir, while growing up. He started his band in 1949 and released the single "Lawdy Miss Clawdy", which topped the U.S. R&B charts.

Five years later, Price was drafted and deployed to Korea. After returning to the United States, his next single, 1957's "Just Because", hit number three on the R&B charts. Since 1959, Price has released more than two dozen albums, including 1959's "Exciting Lloyd Price", 1960's "Mr. Personality Sings the Blues", 1981's "This is My Band", 1995's "Lawdy Miss Clawdy", and 2002's "Christmas Classics". Price experienced considerable success after his return to the music industry, with his song "Stagger Lee", selling more than one million copies. At one point, Dick Clark refused to allow Price to perform on "American Bandstand" unless he reworked some of his music's violent lyrics. Price opened a nightclub in Manhattan during the '70s and later broke into real estate, developing townhomes in the Bronx. He released his autobiography, "The True King of the Fifties: The Lloyd Price Story", in 2011. Price was inducted in the Rock and Roll Hall of Fame in 1998. 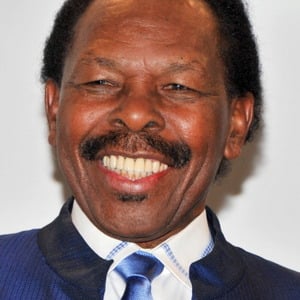