He worked as a barber before getting into a music career. The duo started performing reaggaeton and Latin pop in 1998. Wisin & Yandel have released 11 studio albums. Their album Pa'l Mundo was 4x Platinum in the United States and their album Wisin vs. Yandel: Los Extraterrestres was 3x Platinum. Their hits include "Mayor Que You", "Rakata", "Llame Pa' Verte (Bailando Sexy)", "Pam Pam", "Sexy Movimineto", "Me Estas Tentando", "Abusadora", "Gracias a Ti", and "Tu Olor". They have worked with artists such as Daddy Yankee, Bone Thugs-n-Harmony, 50 Cent, Enrique Iglesias, T-Pain, Jennifer Lopez, Chris Brown, R. Kelly, and Ricky Martin. They won the Tu Musica Award for Best Rap/Reggaeton Duo in 2002. They have received a Latin Billboard Music Award and a Latin American MTV Award. The duo split up in 2013. In 2011 they launched a clothing line with Marc Ecko which included jeans, jackets, t-shirts, headphones, and jewelry. Yandel released his solo debut album Quien Contra Mi in 2003 and his second De Lider a Leyenda in 2013. He was a judge on La Vox…Mexico in 2013 and appeared in the film My Vida: La Pelicula in 2003. He has also released the solo albums Dangerous in 2015 and Update in 2017 and his single "Encantadora" was certified 5x Platinum. 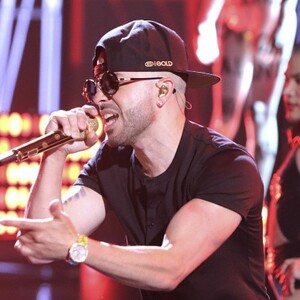