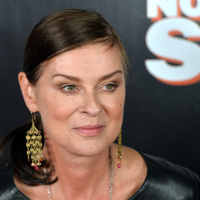 Lisa Stansfield net worth: Lisa Stansfield is an English singer-songwriter and actress who has a net worth of $15 million dollars. Lisa Stansfield was born in Manchester, Lancashire, England, and fell in love with soul music as a child. She went on to win the "Search for a Star" singing competition in the early 80s, and released her first single, "Your Alibis", in 1981. She subsequently signed with Polydor Records, and appeared on two children's television shows, while releasing additional singles. From 1984 to 1988, she performed with the group, Blue Zone. The band had multiple setbacks after signing with Arista and never achieved their potential. In 1989, after co-authoring the hit song, "What's That Noise?", she was offered a solo recording contract. She subsequently released the album, "Affection". The album spawned her biggest hit, "All Around the World", and began a successful solo career. She has since released six more studio albums, and has sold 20 million records worldwide.