Formerly the lead singer of the electro-rock band, Kill City, Lisa Moorish has been said to be currently working on her first new material as a solo artist in almost a decade. Moorish had a fleeting brush with fame in the early '90s when she had a short-lived pop career after signing to Jive Records at age 17, but was promptly dropped from the label when success eluded her releases. Signing to Go! Discs in the mid-'90s yielded an album (I've Gotta Have It All) as well as a collaboration with George Michael on a version of his Wham! hit I'm Your Man, but neither achieved much success. In 1996, Moorish provided backing vocals on Irish indie band Ash's hit single Oh Yeah, which reached No. 6 on the U.K. charts. Her most famous hit singles were Mr. Friday Night, a cover of Kevin Saunderson's Rock to the Beat and a cover of Wham!'s I'm Your Man in 1995. In 1999 and 2000, Moorish made uncredited appearances in the films Soul Patrol and Love, Honour and Obey. In 2004, Kill City released their debut EP White Boys, Brown Girl on Poptones Records and in 2005 Moorish recorded a cover of Fairytale of New York with English guitarist/singer and front man of the band Razorlight, Johnny Borrell. Lisa Moorish has frequently performed with Drew McConnell, bass guitarist and backing vocalist with Babyshambles. In 2006, Moorish appeared on the Strummerville charity single, a cover of The Clash's Janie Jones, which peaked at No. 17 on the U.K. 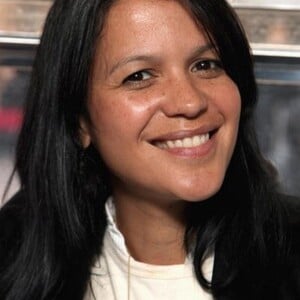