Lisa Maffia Net Worth: Lisa Maffia is an English singer/songwriter, fashion designer, model and presenter who has a net worth of $250 thousand. Lisa Maffia was born June 16, 1979 in South London, United Kingdom. She originally came into the public eye as a member of So Solid Crew. The self-proclaimed First Lady of the U.K.

grime scene grew up on a Battersea housing estate with her sister and Italian mother. At an early age she trained in Latino ballroom, tap and modern dancing, and secured a Prince's Trust grant for singing lessons. Maffia became pregnant with daughter Chelsea at the age of 17 and her music career was put on hold. Two years later, she made her first recordings as the only female in the hip-hop production collective So Solid Crew. After signing to Relentless Records, the band released the debut single Oh No, featuring Maffia on lead vocals, and also scored a No. 1 hit with 21 Seconds. The band proceeded to rack up five top 20 hits. Maffia signed a solo record deal with Independiente Records and the debut single All Over charted at No 2, higher than any other solo single from her former bandmates. Her second single In Love reached No. 13. Despite high-profile support slots on tours with Christina Aguilera, Blue and Daniel Bedingfield, as well as a MOBO Award for Best U.K. Garage Act, both her debut album First Lady and third single Women of the World missed the Top 40. Lisa Maffia then started her own record label, Maffia Recordz, and signed the likes of Northstar Ent, Flirta D and Youngstarz. In 2007, she returned to the charts when she provided vocals for the Dave Spoon dance track Bad Girl at Night, which reached No. 36. Maffia has also enjoyed a career as a model and TV personality, finishing third in the third series of The Games and appearing as an air stewardess in ITV's CelebAir. 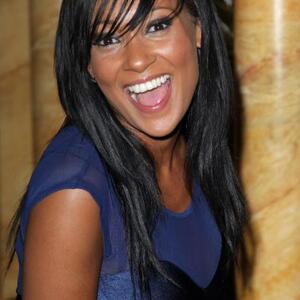