What Is Lisa Loeb's Net Worth?

Lisa Loeb was born Lisa Anne Loeb on March 11, 1968, in Bethesda, Maryland. She grew up in a Jewish household in Dallas, Texas, with mother Gail, father Peter, and younger sister Debbie. Gail served as president of the Dallas County Medical Society Alliance and Foundation, Peter was a gastroenterologist, and Debbie is a songwriter. Lisa studied piano during her childhood, but she later decided to play guitar instead. She attended an all-girls private school called The Hockaday School, and she hosted a radio show on 88.5 KRSM-FM, which was licensed to the all-boys school St. Marks School of Texas. After graduation, Loeb enrolled at Brown University, earning a comparative literature degree in 1990.

As a college student, Loeb formed the band Liz and Lisa with Elizabeth Mitchell, and Duncan Sheik played guitar with them. The duo released a self-titled album in 1989, followed by "Days Were Different" in 1990. Lisa and Liz reunited in 2003 for the children's album "Catch the Moon." Loeb attended a summer school session at Boston's Berklee College of Music and formed the band Nine Stories with guitarist Tim Bright, bassist Joe Quigley, and drummer Jonathan Feinberg in 1990. The band recorded the cassette "Purple Tape" in 1992 and sold it at gigs, and Lisa also performed solo at New York City coffeehouses and clubs. Loeb got her big break with the help of actor Ethan Hawke, who lived across from her NYC apartment building. She "made music for his plays," and when she gave him an early version of "Stay (I Missed You)," he gave it to Ben Stiller, who was directing Hawke in "Reality Bites." Stiller used the song during the film's end credits, and it was featured on the soundtrack. Hawke directed the song's music video, and "Stay (I Missed You)" made Lisa the first unsigned artist to have a #1 hit on the "Billboard" Hot 100 chart. 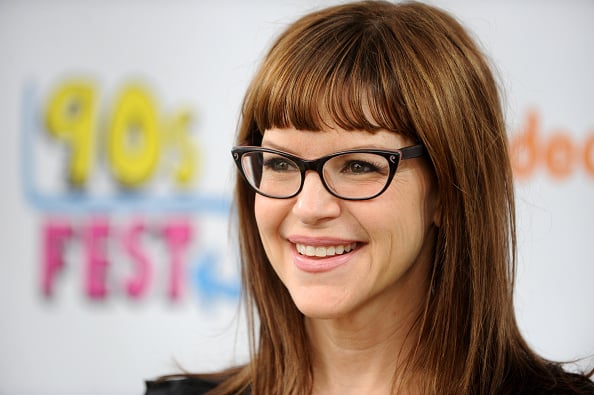 Lisa Loeb & Nine Stories released their debut studio album, "Tails," on Geffen Records in September 1995, and it reached #30 on the "Billboard" 200 chart and #6 in New Zealand. The album was certified Platinum in Canada and Gold in the U.S., and it featured the singles "Do You Sleep?," "Taffy," and "Waiting for Wednesday." Loeb followed her successful debut with the Gold album "Firecracker" in 1997, and the single "I Do" reached #17 on the "Billboard" Hot 100 chart, #3 on the "Billboard" Adult Pop Airplay chart, and #1 in Canada. In 2000, she performed "Goodbye to Romance" on the album "Bat Head Soup: A Tribute to Ozzy," and in 2005, she performed "Gypsies, Tramps and Thieves" on "An All Star Tribute To Cher" and "Don't Be Stupid" on "An All Star Tribute To Shania Twain." Lisa released her third album, "Cake and Pie" on A&M Records in 2002, and it was re-released as "Hello Lisa" on Artemis Records a few months later after she was dropped from A&M.

After releasing 2004's "The Way It Really Is," Loeb released the children's albums "Camp Lisa" (2008), "Lisa Loeb's Silly Sing-Along: The Disappointing Pancake and Other Zany Songs" (2011), and "Lisa Loeb's Songs For Movin' And Shakin': The Air Band Song And Other Toe-Tapping Tunes" (2013). "Lisa Loeb's Silly Sing-Along" and "Lisa Loeb's Songs For Movin' And Shakin'" both included hardback books written by Lisa. Her next album for adults was 2013's "No Fairy Tale," then she released two more children's albums, 2015's "Nursery Rhyme Parade!" and 2016's "Feel What U Feel." Loeb was a lyricist and composer on the musical "Camp Kappawanna," which premiered at Manhattan's Atlantic Theater Company in March 2015, and she released the album "Lullaby Girl" in 2017. In 2020, she launched a series of virtual concerts, #StayAtHomeTogether, in the early days of New York's COVID-19 lockdown and released the album "A Simple Trick to Happiness." In 2021, Lisa and several of her fellow Brown University alums debuted "Together Apart," a compilation of 10 short musicals about "connecting on Zoom at the beginning of the pandemic."

From 1998 to 2004, Lisa was in a relationship with Dweezil Zappa, and they starred on the 2004 Food Network reality series "Dweezil & Lisa." In 2006, she met Roey Hershkovitz at a business meeting when he was trying to find a host for a food television show he was developing, and they married on January 31, 2009. At the time of the wedding, Roey was a music coordinator for "Late Night with Conan O'Brien," and he later worked as a music production supervisor on "The Tonight Show with Conan O'Brien" and a music segment producer on "Conan." The couple welcomed daughter Lyla Rose on November 29, 2009, and son Emet Kuli on June 15, 2012. Lisa's cousin is drag queen Alexis Michelle, who competed on "RuPaul's Drag Race" in 2017, finishing in fifth place. Loeb founded the non-profit organization the Camp Lisa Foundation, which helps send kids to camp and is meant to "enrich the lives of children through the summer camp experience."

Loeb has earned two Grammy nominations, winning Best Children's Album for "Feel What U Feel" in 2018; her other nomination was for Best Pop Performance by a Duo or Group with Vocal for "Stay (I Missed You)" in 1995. The song also earned Lisa a BMI Pop Award for Award-Winning Song and an MTV Video Music Award nomination for Best New Artist in a Video. In 1995, she won a Brit Award for International Breakthrough Act, and she received her second BMI Pop Award for Award-Winning Song for "I Do" in 1999. In 2015, Loeb was honored with a Camp Champions Award from the American Camp Association, and she won the Inspire Award at the 2019 She Rocks Awards.