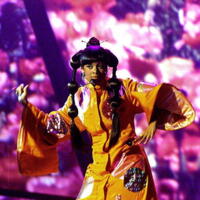 What was Lisa "Left Eye" Lopes' net worth?

Lisa Left Eye Lopes was an American singer-songwriter, dancer, and rap artist who had a net worth of $500 thousand at the time of her death in 2002. Lisa Lopes was best-known for being a member of the singing group TLC which experienced enormous success in the 1990s. Later, she scored US top 10 singles as a solo artist with "U Know What's Up" and "Not Tonight," and produced the girl group Blaque. Tragically, in 2002, Lopes was killed in a car crash while doing charity work in Honduras.

Lisa Lopes was born in 1971 in Philadelphia, Pennsylvania. Her mother, Wanda, was a seamstress, while her father, Ronald, was a US Army staff sergeant and amateur musician. She had two younger siblings: brother Ronald Jr. and sister Raina. At a young age, after the separation of her parents, Lopes was raised by her paternal grandmother. She started playing music on a toy keyboard at age five, and later composed her own songs. At the age of ten, along with her siblings, she formed the musical trio The Lopes Kids, singing gospel songs at churches and local events. Later, as a teenager, she went to the Philadelphia High School for Girls.

Lopes moved to Atlanta, Georgia in late 1990, after hearing about an open casting call for a new girl group. The group began as a female trio called 2nd Nature, but was renamed TLC to match the first initials of its original members: Tionne Watkins, Lisa Lopes, and Crystal Jones. However, because things didn't pan out with Jones, the band's manager brought in Rozonda Thomas as a replacement third member; she adopted the name Chilli to preserve TLC's name. Meanwhile, Watkins became T-Boz, and Lopes was renamed Left Eye, a moniker chosen after musician Michael Bivins told Lopes he was attracted to her because of her left eye. In 1992, TLC released its debut album, "Ooooooohhh… On the TLC Tip"; selling six million copies worldwide and spawning four hit singles, the album made the band a household name. TLC's second album, "CrazySexyCool," was released in 1994, selling more than 23 million copies globally. This was followed by "FanMail" in 1999, which sold over 14 million copies. Across these three albums, the band had Billboard Hot 100 singles such as "Waterfalls," "Creep," "No Scrubs," and "Unpretty." Additionally, TLC received four Grammy Awards and five MTV Video Music Awards.

Around the release of "FanMail," Lopes was vocal about her misgivings with TLC, and how she felt she was unable to express herself in the band. Her contributions to songs had been greatly reduced, and there was much friction between her and her fellow band members.

After hosting the short-lived MTV competition series "The Cut" in 1998, Lopes ventured away from TLC toward a solo career. She created Left Eye Productions to discover new talent, and helped the R&B trio Blaque secure a record deal. In 2000, Lopes was a featured rapper on a number of singles, including Melanie C's "Never Be the Same Again," Donell Jones' "U Know What's Up," and NSYNC's "Space Cowboy." Additionally, she collaborated with Toni Braxton on the song "Gimme Some."

In 2001, Lopes released her first and last solo album, "Supernova," making her the only TLC member to have released a solo album. Later, in 2008, Lopes' family decided to make a posthumous album in her honor, working with the producers at Surefire Music Group to create the album "Eye Legacy." After the release was pushed back a few times, the album's first official single, "Let's Just Do It," was released in 2009. Overall, the album mostly comprised reworked versions of songs from "Supernova." 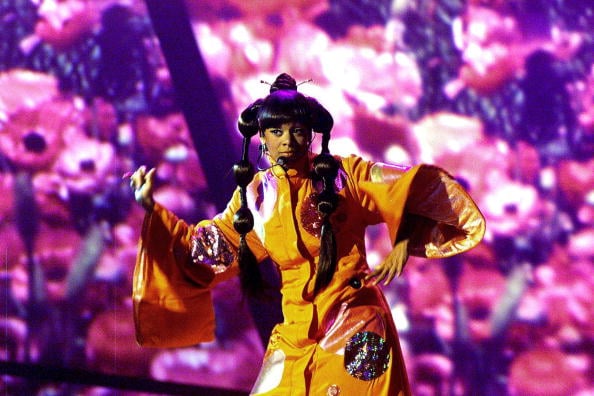 Lisa dated NFL star Andre Rison from 1993 to 2001. They had a rocky relationship to say the least. Their relationship was reportedly marked by significant conflict and violence, with Lopes filing an assault charge against Rison in 1993. At the time, Lopes was also struggling with alcoholism and self-harm.

During an altercation in 1994 that was set off after Andre and his friends returned from a night of partying at 6:30 am, a furious Lisa put several of Andre's shoes in a bathtub and lit them on fire. Unfortunately, the fire spread and ended up burning down the entire house. Rison bought the property in 1992 for $861,000. The home had seven bedrooms, six fireplaces and a recording studio.

Lopes was arrested and indicted on charges of first-degree arson, and was sentenced to five years of probation and therapy at a halfway house, in addition to being issued a $10,000 fine. After eventually reconciling, Lopes and Rison went on dating on and off for seven years. While in rehab, Lopes met a struggling mother whose eight-year-old daughter she subsequently adopted.

Although TLC was one of the highest-grossing music groups of their era, the group members were forced to file for bankruptcy. In 1995, Lopes joined the other members of the group and filed for Chapter 11 bankruptcy, declaring debts of approximately $3.5 million. Many were left scratching their heads – after all, this was the same group that had sold millions of records with albums regularly achieving platinum status. They had just recently released the album "CrazySexyCool" which sold 14 million copies and supported an extremely successful worldwide tour.

Thomas and the other members of TLC would allege that they had signed an unfair contract with married producer/managers Perri "Pebbles" Reid and LA Reid. Perri managed the group through her company Pebbitone. LA's label LaFace Records, distributed their albums.

The lawsuit showed how their management and record label began charging the girls for various expenses such as flights, clothing, hotels, food, and everything you might associate with a celebrity lifestyle. The more famous they became, the bigger the bill became.

After lawyer fees and other expenses, each member of the group was typically left with just $50,000 a year. Clearly, this isn't a sum most people associate with a platinum-selling artist. The 1991 contract also stipulated that all three members would have to split just 56 cents per each album sold, which is obviously quite substandard. This is what ultimately led to the bankruptcy declaration. After two years of legal battles, they were allowed to renegotiate with LaFace for a more equitable deal.

In April of 2002, while driving a rented car in La Ceiba, Honduras, Lopes swerved off the road to avoid hitting a truck, and then swerved again to avoid an oncoming car. Consequently, her vehicle hit two trees and rolled several times, throwing Lopes and three passengers from the windows. While her sister, who was in the passenger seat, survived the crash, Lopes was killed on the spot. That May, her funeral was held in Lithonia, Georgia; attended by thousands, it also featured a performance by the gospel duo Mary Mary.

At the time of her passing, Lopes was in the process of establishing two educational centers for Honduran children: Creative Castle and Camp YAC. In 2003, her family formed the Lisa Lopes Foundation, a charitable organization committed to providing neglected youth with necessary life resources. Later, in 2012, the Foundation started hosting an annual music festival in Decatur, Georgia called Left Eye Music Fest. Elsewhere, a documentary focused on Lopes' final days, entitled "The Last Days of Left Eye," was broadcast on VH1.