Lisa Coleman net worth: Lisa Coleman is an American musician and composer who has a net worth of $5 million. Lisa Coleman was born in Los Angeles, California in August 1960. She is best known for being a member of Prince's band The Revolution and being one half of the musical duo Wendy & Lisa. Coleman plays the piano, keyboards, synthesizer, guitar, and violin. She started playing keyboard in the band Waldorf Salad at just 12 years old. She replaced keyboardist Gayle Chapman for Prince's backing band. She was involved in a long term relationship with Wendy Melvoin with whom she started the duo Wendy & Lisa. The duo released the albums Wendy and Lisa, Fruit at the Bottom, Eroica, Girl Bros., and White Flags of Winter Chimneys. As a composer she has worked for the TV series Snoops, Crossing Jordan, Bionic Woman, Heroes, Mercy, Prime Suspect USA, Nurse Jackie, Touch, Witches of East End, and Heroes Reborn. Coleman won a Grammy Award for Best Album of Instrumental Score Written for a Motion Picture of Television Special for Purple Rain in 1984. In 2010 she won a Primetime Emmy Award for Outstanding Original Main Title Theme Music for Nurse Jackie. 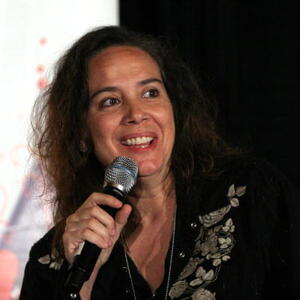