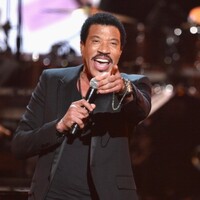 What is Lionel Richie's net worth?

Lionel Richie is an American singer-songwriter who has a net worth of $200 million dollars. Lionel Richie is an incredibly gifted musician and producer who first rose to fame with the group The Commodores. He also enjoyed a very successful solo career.

Lionel Brockman Richie, Jr. was born on June 20, 1949, in Tuskegee, Alabama. He grew up on the campus of the Tuskegee Institute. He graduated from Joliet Township High School in Joliet, Illinois where he was a star tennis player. He attended the Tuskegee Institute on a tennis scholarship and graduated with a B.S. in economics. Richie formed a number of R&B groups in the mid- 1960s while he was a student at Tuskegee. Richie attended graduate school briefly at Auburn University.

In 1968, Richie joined the Commodores as a singer and saxophone player. The group signed a one record recording deal in 1968 with Atlantic Records before moving to Motown Records. The Commodores became a popular R&B group with the songs "Brick House," "Machine Gun," "Easy,", and "Three Times a Lady."  In the late 1970s Richie started writing songs on commission for other musicians. He wrote "Lady" for Kenny Rogers, which became a number one hit for him in 1980. In 1981, Richie sang the theme song for the movie "Endless Love," which was a duet with Diana Ross. It was one of Motown's biggest hits and was nominated for an Academy Award. This success inspired Richie to go out on his own with a solo career.

Richie's debut solo album "Lionel Richie" was released in 1982 and had three hit singles: "Truly," "You Are," and "My Love." Stylistically it was similar to the music of the Commodores. The album hit number three on the charts and sold over four million copies. He released "Can't Slow Down" in 1983 and it sold twice as many records as "Lionel Richie." "Can't Slow Down" also won two Grammy Awards including Album of the Year. The standout single from the album was "All Night Long," which Richie performed at the closing ceremony of the 1984 Summer Olympics in Los Angeles.

Throughout the 1980s Richie had a number of Top 10 hits including "Hello," "Stuck on You," "Running with the Night," and "Penny Lover." He wrote and recorded the title song for the 1981 movie "Endless Love." It was a duet with Diana Ross and was nominated for the Academy Award for Best Original Song in 1982. 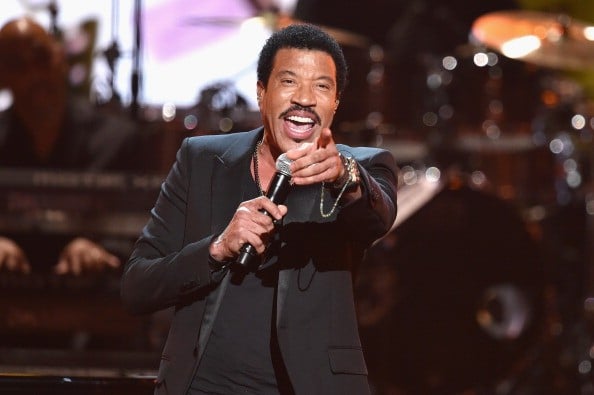 He wrote and performed the song "Say You, Say Me" for the 1985 film "White Nights." The song won the Academy Awards for Best Original Song and was the number one song in the United States for four weeks. Richie also collaborated on "We Are The World" with Michael Jackson. He released the album "Dancing on the Ceiling" in 1986 which spawned five Top 20 songs including "Say You, Say Me," "Dancing on the Ceiling," "Love Will Conquer All," "Ballerina Girl," and "Sela."

Richie has had enormous success and become very popular in a number of Arab nations in recent years. He has performed in  Morocco, the United Arab Emirates, Egypt, and Libya.

Richie has won four Grammy Awards including Song of the Year in 1985 for "We Are the World," Album of the Year in 1984 for "Can't Slow Down," Producer of the Year (Non-Classical) in 1984 and Best Male Pop Vocal Performance for "Truly" in 1982. Richie was the first person to receive an RIAA Diamond album award. Richie has been nominated for two Golden Globe awards and won one.

Richie married his college sweetheart Brenda Harvey on October 18, 1975. They informally adopted two-year-old Nicole Camille Escovedo, the daughter of Sheila E's niece and one of the members of Lionel Richie's band. When Nicole was nine, Richie made the adoption legal.

Richie started a relationship with Diane Alexander in 1986. He was still married to Brenda Harvey. Richie and Harvey divorced in 1993 after 18 years of marriage. Richie married Alexander in December 1995. They have a son, Miles, and a daughter Sofia. They divorced in early 2004.

Richie became a grandfather in 2008 when Nicole Richie gave birth to a baby girl with her husband Joel Madden, the lead singer of  the band Good Charlotte. Richie's second grandchild was born to Nicole and Joel in 2009.

Lionel Richie reportedly made $10 million as a judge during his first season on "American Idol" in 2019.