Linda Scott net worth: Linda Scott is an American pop singer and actress who has a net worth of $500 thousand. Linda Scott was born in Queens, New York in June 1945. As a singer she released her debut studio album Starlight, Starbright in 1961. Scott also released the albums Great Scott! in 1962, Linda in 1962, and Hey, Look At Me Now!

in 1965. Her single "I Don't Know Why" reached #2 on the US Adult Contemporary chart. Linda Scott's single "I've Told Ev'ry Little Star" reached #3 on the Billboard Hot 100 chart and her single "Don't Bet Money Honey" reached #3 on the US Adult Contemporary chart and #9 on the Billboard Hot 100 chart. From 1965 to 1967 she was a hostess on the television series Where the Action Is. She also appeared in the film Don't Knock the Twist and in episodes of the TV series The Ed Sullivan Show, American Bandstand, The Tonight Show Starring Johnny Carson, Call the Midwife, and Doom Patrol. 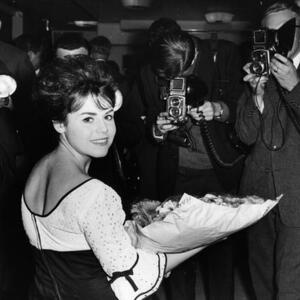