Linda Ronstadt Net Worth: Linda Ronstadt is an American pop singer who has a net worth of $130 million. She is known for her work spanning a wide range of genres, everything from light opera and country to rock and Latin music. She is the winner of 10 Grammy Awards, three American Music Awards, and an Emmy Award, among many others.

Early Life: Linda Maria Ronstadt was born in Tucson, Arizona, on July 15, 1946. She is the third of four children born to Gilbert Ronstadt and Ruth Mary (née Copeman) Ronstadt. Her father worked as a machinery merchant, and ran the company F. Ronstadt Co., and her mother was a homemaker. She and her three siblings grew up on their family's ranch, which featured 10 acres of land. She is of German, English, and Mexican ancestry.

Music Career: Ronstadt started her music career in the 1960s, first in a folk trio with her siblings Peter and Gretchen. They played various small venues around town in Tucson. Then, in 1964, Ronstadt left college after only a spending a semester at Arizona State University, and she moved to Los Angeles, California. There, she partnered up with her friend Bobby Kimmel and his friend Kenny Edwards, and the three of them formed the trio the Stone Poneys. Ronstadt served as the lead singer, and they were signed to Capitol Records in 1966. In 1969, Ronstadt went solo and released what is  considered the first alternative record by a female artist, "Hand Sown… Home Grown" (1969). She continued to develop her reputation in California's emerging folk rock and country rock scenes during the late 1960s and early 1970s, and toured with famous musicians like the Doors and Neil Young.

The popularity of her albums in the 1970s, such as "Heart Like a Wheel" (1974), "Simple Dreams" (1977), and "Living in the USA" (1978), helped establish her as one of the first female rock stars, and she was often referred to as the "Queen of Rock" or the "First Lady of Rock". In addition to her music and sound, Ronstadt was equally famous for her rock-and-roll image; she graced the covers of publications like Rolling Stone, Newsweek, and Time multiple times.

During the 1980s she did not slow down, and her albums "Mad Love", "What's New", "Canciones de Mi Padre", and "Cry Like a Rainstorm, Howl Like the Wind", were all certified multi-platinum.

Over the course of her long and illustrious music career, Ronstadt has worked with countless artists such as Bette Midler, Frank Zappa, Dolly Parton, Neil Young, and Johnny Cash, to name just a few. She has been featured on more than 120 albums. Selling more than 100 million records has made her one of the best-selling artists of all time. Her over 30 studio albums have contained 38 singles on the Billboard Hot 100 charts. While she has had ten Top 10 hits, her only #1 single was "You're No Good". But, most of her records are either certified gold, platinum, or multi-platinum, an impressive feat. Ronstadt released her last full-length album in 2004, performed her last live concert in 2009, and announced her retirement from music in 2011. She was inducted in the Rock and Roll Hall of Fame in 2014. In 2011, she received the Latin Grammy Lifetime Achievement Award, and in 2016, she received the Grammy Lifetime Achievement Award.

Other Projects: Outside of music, some of Ronstadt's pursuits include writing and acting. In 2013, she released her autobiography, titled "Simple Dreams: A Musical Memoir". It was published by Simon & Schuster. There is a Spanish version of the book as well, "Sueños Sencillos – Memorias Musicales".

Personal Life: As her fame grew, Ronstadt's personal life became increasingly public. The interest in her personal life was fueled in part by her relationship with then-Governor of California Jerry Brown during the late 1970s. Not only did Ronstadt and Brown appear on the cover of Newsweek magazine together in April 1979, but also appeared on the covers of magazines like Us Weekly and People. She dated actor and comedian Jim Carrey in 1983, although they split up after just eight months together. Then, in late 1983, she became engaged to director George Lucas; they broke up in 1988. Despite her many high-profile relationships, Ronstadt has never married. However, she did adopt two children on her own: a daughter, Mary Clementine, in December 1990; and a son, Carlos, in 1994.

Real Estate: Linda previously owned an impressive oceanfront mansion in Malibu which she definitely should have held onto because decades later an owner sold it for $16 million. Today Linda maintains homes in San Francisco and Tuscon. 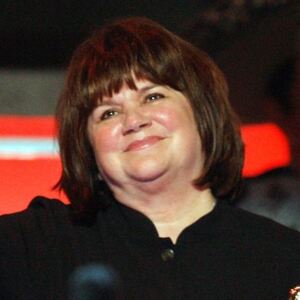