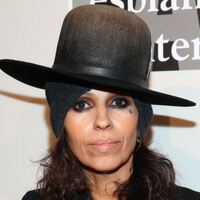 What is Linda Perry's Net Worth?

Linda Perry is an American rock singer-songwriter and record producer who has a net worth of $18 million. Linda Perry first became famous as a the lead singer of the group 4 Non Blondes. She then went on to have an extremely successful writing and producing career. Perry released the solo albums "In Flight" (1995) and "After Hours" (1999). After struggling for a number of years to launch a solo career, she began writing and producing tracks for other artists. Her work proved incredibly successful, and she has since written and produced tracks and albums for such artists as P!nk, Christina Aguilera, Jewel, Gwen Stefani, Alicia Keys, Melissa Etheridge, Solange Knowles, Kelly Osbourne, and discovered and signed artist, James Blunt.

Some notable Linda Perry hits include Gwen Stefani's "What You Waiting For?," Christina Aguilera's "Beautiful," and P!nk's "Get the Party Started."

Linda Perry was born on April 15, 1965, in Springfield, Massachusetts. Her mother, Marluce, is Brazilian, and her father, Alfred, was Portuguese-American. Linda has a sister, Sally, and five brothers, John, Jay, Mark, Solomon, and Marcel. In a 2014 episode of "Behind the Music," Perry revealed that Mark, her mother's son from a previous marriage, had molested her, stating, "It was a situation that kind of happened a few times and then it just stopped happening. When I would go tell my mum about it, she didn't believe me." Linda grew up in a musical household and became interested in music at an early age. During her youth, Perry suffered from kidney disease, and she later struggled with drug addiction.

In 1986, Linda moved to San Francisco at the age of 21 and began singing and playing guitar on the streets and at local coffeehouses and clubs. After writing her first professional song, "Down On Your Face," she was asked to join the band 4 Non Blondes in 1989. A few years later, the band signed a deal with Interscope Records, and their debut studio album, "Bigger, Better, Faster, More!," was released in October 1992. The Platinum album reached #13 on the "Billboard" 200 chart and topped the charts in several countries, including Germany and Sweden, and the single "What's Up?" (which Perry wrote) hit the #1 spot in more than a dozen countries. In early 1994, Linda appeared on Roger Daltrey's "A Celebration: The Music of Pete Townshend and The Who" album, video, and live production, performing the songs "Acid Queen," "Doctor Jimmy," "Join Together," and "I'm Free." In mid-1994, Roger Rocha, 4 Non Blondes' guitarist, was replaced by Concrete Blonde's Jim Mankey, and frustrated with the band's increasingly glossy, pop sound, Perry left the group, and 4 Non Blondes disbanded by the end of the year. Linda's last act as a member of the band was filming a music video for their cover of Led Zeppelin's "Misty Mountain Hop," a track they had recorded for the 1995 album "Encomium: A Tribute to Led Zeppelin."

Perry released her first solo album, "In Flight," in September 1996, and it received positive reviews. The following year, she produced the film "Pink as the Day She Was Born" and launched the record label Rockstar Records, signing the San Francisco band 2 Lane Blacktop. Linda's second solo album, "After Hours," was released on Rockstar Records in 1999, and she spent part of the year touring with Bryan Adams as his opening act before touring for her own album with former 4 Non Blondes bassist Christa Hillhouse. In 2001, several of Perry's songs appeared on P!nk's "Missundaztood" album, and she was featured on the track "Lonely Girl." In 2002, Linda's song "Beautiful" appeared on Christina Aguilera's "Stripped" album, and she co-wrote three more tracks, "Cruz," "Make Over," and "I'm OK" with Aguilera. Perry co-wrote several songs for Courtney Love's album "America's Sweetheart" (2004) and co-wrote "What You Waiting For?," "The Real Thing," and "Danger Zone" for Gwen Stefani's "Love. Angel. Music. Baby." (2004). In 2005, her first solo album was re-released with new artwork and music videos for the tracks "Freeway" and "Fill Me Up," and her songs appeared on albums by Lisa Marie Presley and Kelly Osbourne. Linda reunited with Aguilera for 2006's "Back to Basics," and around this time, she worked with Vanessa Carlton, Alicia Keys, and Celine Dion. 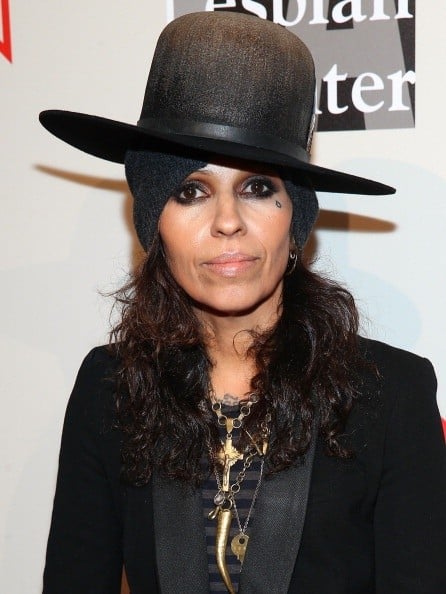 In 2010, Perry formed the band Deep Dark Robot with Tony Tornay, and the duo released the album "8 Songs About a Girl" in 2011. In 2010 and 2011, Linda and Fox Entertainment Group were the Presenting Sponsors of STARFEST, a Los Angeles talent show that benefits L.A.C.E.R. Afterschool Programs. In 2014, she starred on the VH1 reality show "Make or Break: The Linda Perry Project," and in 2015, she wrote the Miley Cyrus song "Hands of Love" and co-wrote the Adele song "Can't Let Go." In 2018, Perry teamed up with Dolly Parton to write the song "Girl In The Movies," which was featured in the Netflix film "Dumplin'" and earned the duo nominations from the Golden Globes and Grammy Awards. In 2020, Perry co-wrote the song "A Beautiful Noise" with Alicia Keys, Brandy Clark, Hailey Whitters, Brandi Carlile, Hillary Lindsey, Ruby Amanfu, and Lori McKenna. The song was performed by Keys and Carlile on the CBS special "Every Vote Counts: A Celebration of Democracy."

In a 1995 interview with "The Advocate," Perry stated, "All my life I've loved women, and that's it. I've never been any other way." She dated actress Clementine Ford from 2009 to 2010, and in 2011, she began a relationship with Roseanne" star Sara Gilbert. Linda and Sara became engaged in April 2013, and they married on March 30, 2014. They welcomed son Rhodes on February 28, 2015, and Sara filed for legal separation from Linda in December 2019. In 2015, Perry and Gilbert released a children's album called "Deer Sounds."