How much is Lincoln Brewster Worth?

Lincoln Brewster net worth: Lincoln Brewster is an American contemporary Christian musician and worship pastor who has a net worth of $4 million. Lincoln Brewster was born in Fairbanks, Alaska in July 1971. He is a singer, songwriter, and guitarist who also plays drums, percussion, and mandolin. Brewster was a session guitarist in the 90s and is now the senior worship pastor at the Bayside Church located in Granite Bay, California. He released his self-titled debut studio album in 1999 and the albums Live to Worship in 2000, Amazed in 2002, All to You… Live in 2005, Let the Praises Ring in 2006, Today Is the Day in 2008, Real Life in 2010, Joy to the World: A Christmas Collection by Lincoln Brewster in 2012, and Oxygen: A Worship Album in 2014. Brewster started playing a toy drum set at the age of one and a mandolin by age five. He has his own band at 12 years old and got a record contract at 19. 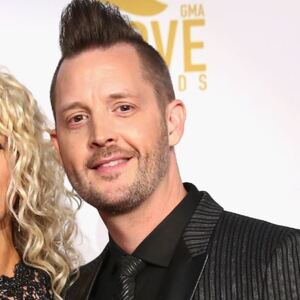