What is Lily Allen Net Worth?

Lily Allen is a singer, songwriter, and actress from England. Lily Allen has a net worth of $4 million. Her albums include the Grammy Award-nominated "Alright, Still"; "It's Not Me, It's You"; and "Sheezus." Among Allen's hit singles are "The Fear," "Fuck You," "Not Fair," and "Smile," the lattermost of which made it to number one on the UK Singles Chart in 2006.

In a June 2018 interview, Lily told NME.com that she was over $1 million in debt. She had previously reported to a British newspaper that she had to sell her $5.6 million mansion in 2016 after being sued by a former tour manager for allegedly breaking a contract. Lily explained; "I had to use my tax money to pay this debt, which then meant I didn't have any money to pay my tax. So I had to sell my house. And take out a big loan, actually. So yeah, money is a concern."

Lily Allen was born in 1985 in London, England to film producer Alison Owen and comedian Keith Allen. She has three siblings: Sarah, Alfie Allen (who would later become famous as a star of "Game Of Thrones"), and Rebecca. When she was only three, Allen appeared in an episode of the television series "The Comic Strip Presents…," which her father had cowritten. Shortly after, Allen's father left the family, leading them to live on a council estate. Later, the family settled in Islington, where they lived with comedian Harry Enfield, whom Allen's mother was dating. As a youth, Allen went to a total of 13 schools, being expelled from many of them due to her smoking and drinking. To refocus her energy on something more productive, she began singing and playing the piano, and also played guitar, trumpet, and violin.

In 1998, Allen had a brief role in the historical biopic "Elizabeth." The same year, she appeared in the music video for Fat Les' "Vindaloo." At the age of 15, Allen dropped out of school. Her big break came shortly after, when, on a trip with her family to Ibiza, she met her first manager, George Lamb. She went on to use her father's connections to get signed to London Records in 2002. Allen subsequently started writing songs, and worked with the production duo Future Cut in a small office studio.

Allen signed to Regal Recordings in 2005, and began posting demos on MySpace the same year. The demos were hugely popular, drawing thousands of listeners. As her popularity grew, media outlets began taking notice; in 2006, she received her first major mainstream coverage in the cover story of The Observer Music Monthly. Shortly after this, Allen released her debut studio album, "Alright, Still," in the UK. In 2007, it was released in the US, where it reached number 20 on the Billboard 200. The album spawned the hit singles "Alfie," "LDN," "Knock 'Em Out," and "Smile," the lattermost of which reached number one in the UK and was certified Gold in the US.

In 2009, Allen released her second album, "It's Not Me, It's You," which debuted at number one in the UK, Australia, and Canada. Its hit singles included "Not Fair," "Fuck You," and the number-one hit "The Fear." Later in 2009, Allen announced that she was taking a break from music to focus on an acting career. However, she returned to her music in 2014, when she released her third studio album, "Sheezus," which spawned the hit singles "Hard Out Here" and "Air Balloon." Four years later, Allen released "No Shame," an electropop album that focused on her marriage, friendships, and substance abuse, in addition to social and political issues. The album made it to number eight on the UK Albums Chart. 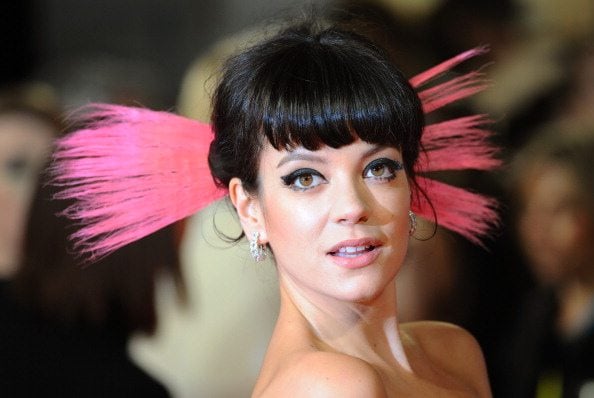 On top of her own music, Allen has collaborated with a number of artists on a variety of songs. In 2004, she sang the vocals on the single "Oh My God," Mark Ronson's cover of the Kaiser Chiefs song. She also lent background vocals to a couple of songs from the Kaiser Chiefs' third album in 2008. Later, in 2010, Allen was featured on the UK top-five single "Just Be Good to Green," by Professor Green. Other credits include Pink's "True Love" and Giggs' "Trigger Bang."

Beyond music, Allen briefly hosted her own television talk show, called "Lily Allen and Friends." Guests on the program included Mark Ronson, Louis Walsh, James Corden, and Roisin Murphy. On the literary side of things, Allen published a memoir entitled "My Thoughts Exactly" in 2018. In 2019, she portrayed Elizabeth Taylor in the coming-of-age comedy film "How to Build a Girl." Among her additional ventures, Allen partnered with the sex tech company Womanizer to create her own sex toy. On stage, she played the lead role of Jenny in the West End play "2:22 A Ghost Story," which debuted in 2021.

Allen's outspokenness and turbulent lifestyle have made her the subject of much controversy over the years. In 2007, she was arrested for allegedly assaulting a photographer in London. The next year, photos of her inebriated and topless at the Cannes Film Festival made the press rounds. She again appeared intoxicated at the 2008 Glamour Awards, where she had a profane on-stage encounter with Elton John. Additionally, Allen has been known to make denigratory remarks about other musicians, including Amy Winehouse, Katy Perry, Kylie Minogue, and Nicola Roberts.

In 2007, Allen started dating musician Ed Simons. The next year, after announcing that she was expecting a child, Allen reported that she had a miscarriage. However, she later claimed that she faked the miscarriage over fears about how the tabloids would cover the story. The couple split in 2008.

Allen subsequently began dating builder and decorator Sam Cooper, with whom she was expecting a child in 2011. Early in the pregnancy, she experienced complications, and six months in, she contracted a viral infection that caused her to suffer a stillbirth. In 2010, Allen was engaged to Cooper, and they married the next year. She then gave birth to a daughter, Ethel Mary. Another daughter, Marnie Rose, came in 2013. Due to her frequent infidelity, Allen and Cooper got divorced in 2018. After this, Allen became romantically involved with actor David Harbour, whom she married in 2020. 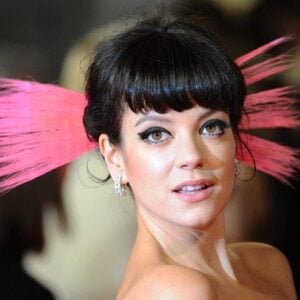