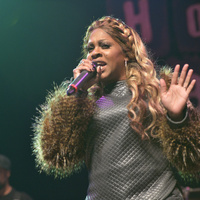 What is Lil' Mo's Net Worth?

Cynthia Karen Loving, best known for her stage name Lil' Mo, has a net worth of $450 thousand. Loving is an American singer, rapper, songwriter, radio, and television personality.

Cynthia was raised primarily in Long Island, New York by her father, Bishop Jacob D. Loving, and her mother, First-Lady Cynthia Loving Sr. But because of her father's military assignments, Loving's family moved regularly; living in North Carolina, Georgia, and Texas, before the family settled in Baltimore, Maryland. In her adult years, Cynthia decided to seek out her music career in New York City's Manhattan borough.

Cynthia started the path to her career as a songwriter, session musician, and backing vocalist. In early 1998, Loving caught the attention of singer, songwriter, and rapper Missy Elliott; while sending a demo to "Elektra Records" for Nicole Wray's debut album, "Make It Hot." Missy Elliott Helped Cynthia to get a contract deal with Elektra Records. Loving's debut single "5 minutes" for Frankie Lyman's biographical film, "Why Do Fools Fall in Love", was released on June 29, 1998. This song was to be on Cynthia's debut album, but since the track did not do well in the U.S., it was taken off the album. The album release date was also pushed back multiple times.

Cynthia gained more fame from collaborating with 'Ol Dirty Bastard's cover of Billie Holiday's "Good Morning Heartache," Ja Rule's single "Put It on Me," (reaching number eight on U.S. pop charts), and Missy Elliott's single "Hot Boyz." The latter of which was a record-breaking track which was number one on "Hot Rap Singles" for eighteen weeks. Loving continued to participate in collaborations with Ja Rule, one of them being "I Cry," which repurposes the 1978 hit "Cry Together" by The O'Jays. 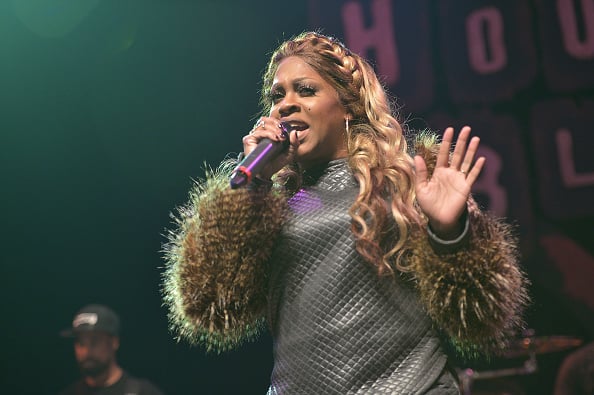 "Ta Da" was Cynthia's first solo single to be released on April 10, 2000. Cynthia's famous single, "Superwoman Pt II," was released on March 6, 2001, and was number eleven on "Billboard Hot 100" which aided a previously underground rapper, "Fabolous," into the mainstream crowd. "Based on a True Story" was Loving's debut album which was released on June 29, 2001, which got decent reviews. The album received a gold certification from "RIAA" and ranked number fourteen on Billboard 200 making this album Loving's most successful album up to now. Cynthia released a follow-up single named "Gangsta (Love 4 the Streets)" in August 2001, but it was not as successful as her debut album.

Loving began her radio career during her recovery from a man assaulting her with a champagne bottle after a show in San Francisco. Cynthia was working part-time for Baltimore urban radio station WXYV-FM as an anchor. During that same year, she prepared for her second album, "Meet the Girl Next Door", which was released on April 29, 2003. In July 2004 Loving signed a contract with Universal's Cash Money Records after her contract with "Elektra Records" expired. Signed onto her new music label, Cynthia went on to record her third album, "Syndicated: The 'Lil Mo Hour," which was to be released in early 2005. But the album was pushed back further to October, due to her four singles (two of them being "Hot Girls," and "Dem Boyz") not creating any buzz. Cash Money Records' New Orleans studio was then destroyed by Hurricane Katrina, taking Loving off of the studio's roster and leaving her album "Syndicated" aside.

Loving went on to create her own production company in 2000 named HoneyChild Entertainment, where she started releasing her music independently. Cynthia released an album called "Pain and Paper," which was distributed by DrakeWeb Music Group and Koch Entertainment. The album's singles, "Sumtimes I" Featuring Tim Jones, and "Lucky Her" failed to appear on the charts. Cynthia made a two-album contract with Global Music Group in 2008, leading to her fourth album, "Tattoos & Roses: The Rebellion Against My Pain." Cynthia also released the mixtape "P.S. I Love You" on May 8, 2011. Loving announced her retirement from the music industry to pursue a law career on October 25, 2018.

Cynthia encountered her first husband, Augustus "Gus" Stone, in 2001 at a gas station in Washington D.C. They married on August 29, 2001, after five months of dating. Loving had her first child, Heaven Love'on Stone,  on August 19, 2002, and her second child, God'lss Love Stone, on February 24, 2005. Cynthia filed for divorce in December 2005, and in August 2007 the divorce was finalized. Loving ended up marrying Gospel recording artist Phillip Bryant on June 22, 2008. Cynthia then had a third child, Justin McKenzie Phillip Bryant, on January 16, 2009, and her fourth child, Jonah Maddox-Phillip Bryant on July 10, 2012. Loving separated from Phillip Bryan due to his adultery, and divorced officially on September 15, 2014. Cynthia then went off to marry professional boxer Karl Dargan on October 1, 2014.

With Dargan, Loving had her fifth child, Karl Sharif Dargan Jr. on August 28, 2015. In 2018, Cynthia was expecting a sixth child, and stated this at the reunion special of "Love &Hip Hop: New York." But Loving then stated that a month before the reunion aired she had a miscarriage. In May 2019, she left Karl due to an incident where he spat at her during an argument in front of their children. Loving states in a later interview that throughout the marriage he was a physically abusive man.