Levi Stubbs net worth: Levi Stubbs is an American soul singer who has a net worth of $7 million. Stubbs generated his net worth as the lead vocalist of the of the 1950s soul act, The Four Tops. While attending high school, Stubbs began his musical career with friends, Abdul Fakir Renaldo Benson and Lawrence Payton and together they formed The Four Aims in 1954.

Two years later, whilst signed to Chess Records, the group changed their name to The Four Tops. In 1963, the talented group made their big breakthrough and signed with Motown Records. The Four Tops became one of the biggest-selling groups in the 1960s, as by the end of the decade, they produced a string of hits. To date, they have sold over 50 million records worldwide. As the most prominent member of the group, Stubbs was loyal to his team members, by refusing numerous offers of having a solo career. The group remained together, producing hits throughout the years, until the death of Payton in 1997. After suffering a stroke in 2000, Stubbs was replaced as a lead singer. He died in 2008. Stubbs was also a voice actor, lending his voice to big productions including Little Shop of Horrors (1986) and Captain N: The Games Master (1989). 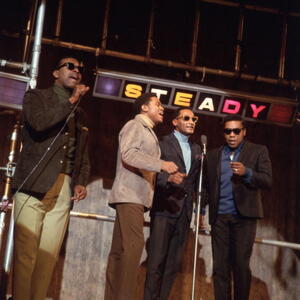