Letoya Luckett Net Worth: Letoya Luckett is an American singer/songwriter and actress who has a net worth of $5 million. Letoya Luckett was born March 11, 1981 in Houston, Texas. She is best known as a former member of the R&B group Destiny's Child, with whom she won two Grammy Awards.

Her 2006 solo debut album, LeToya, topped the Billboard 200 Albums chart in July 2006 and was certified platinum by the RIAA in December 2006. The single, Torn, became a hit, just missing the Top 10 of the Billboard Hot 100 Airplay chart at No. 11. Torn also became a hit on the Billboard Hot R&B/Hip-Hop Songs, peaking at No. 2. It entered the Top 20 on the Rhythmic Top 40 and Adult R&B charts as well. Letoya Luckett was named "One of the Best New Artists of 2006" by AOL and the "Top Songwriter of 2006" by ASCAP. She released a second solo album, Lady Love, in 2009, which debuted at No. 1 on the Billboard Top R&B/Hip-Hop Albums chart and No. 12 on the Billboard 200 chart. Luckett went on to try her hand at acting, starring in the 2010 film Preacher's Kid and landing a recurring role on the second season of HBO series Treme. She was also cast in the feature films Killers and From the Rough and landed a role on the third season of the VH1 TV series Single Ladies. Her third studio album Back 2 Life was released in 2017 and reached #4 on the US Indie chart and #14 on the US R&B chart. In 2016 Luckett starred in the movie Lucky Girl. In 2017 she starred as Dionne Warwick in the biopic Dionne. 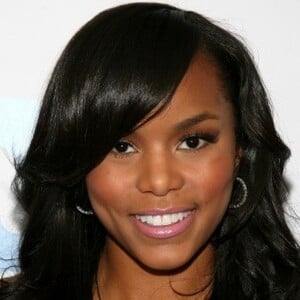