Lena's debut studio album My Cassette Player was released in 2010. The album was certified 5x Gold in Germany and reached #1 in Germany and Austria as well as #3 in Switzerland, #4 in Greece, and #5 in Sweden. Her second studio album Good News was released in 2011. The album was certified Platinum in Germany and reached #1 in her home country. Lena's third album Stardust in 2012 and fourth album Crystal Sky in 2015 both reached #2 in Germany. Her best known single "Satellite" reached #1 in Germany, Belgium, Denmark, Finland, Norway, Sweden, and Switzerland. Her other singles include "Touch a New Day", "Taken by a Stranger", "What a Man", "Stardust", "Neon (Lonely People)", "Mr. Arrow Key", and "Traffic Lights". Lena has been a judge and a coach on the reality TV series The Voice Kids and has won four MTV Europe Music Awards. 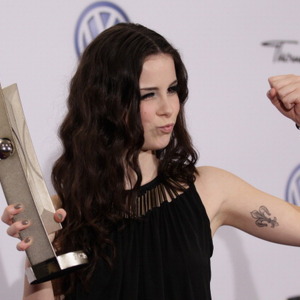