Lena Horne net worth: Lena Horne was an American singer, dancer, actress, and civil rights activist who had a net worth of $30 million. Lena Horne was born in Bedford, Stuyvesant, Brooklyn, New York in June 1917 and passed away in May 2010. She career lasted more than 70 years and she appeared in films, on television, and on stage.

At 16 she joined the chorus of the Cotton Club as a nightclub performer and then moved to Hollywood where she would later be blacklisted because of the Red Scare and her political activism. Horne took part in the March on Washington in 1963 and in 1980 she starred in her one-woman show Lena Horne: The Lady and Her Music on Broadway. Her most successful singles include the songs "Stormy Weather", "One for My Baby (and One More for the Road)", "Deed I Do", and "Love Me or Leave Me". Horne was awarded two stars on the Hollywood Walk of Fame in 1960 for Motion Picture and Recording. She was inducted into the Image Awards Hall of Fame in 1982 and was nominated for two Primetime Emmy Awards and won four Grammy Awards. Lena Horne passed away on May 9, 2010 at the age of 92 from congestive heart failure. 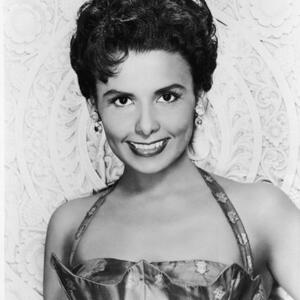